The government's only response to bread shortages is threatening more repression, a policy that does not offer a long-term solution, Zaman al-Wasl writes 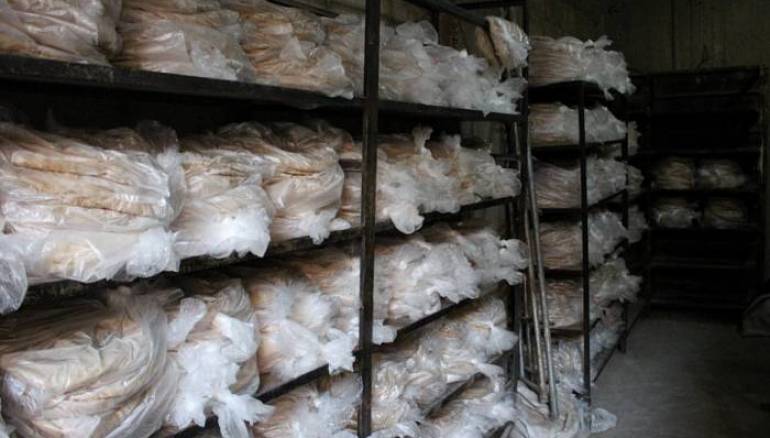 The bread crisis continues all over Syria, and while the people stand for hours in queues to get their rations of a staple of their diet, the regime’s Minister of Local Trade and Consumer Protection Talal Barazi spoke out not with promises to solve the crisis but with to vow harsh punishment for any shop or bakery that tampers with the rations.

Barazi said that bread sellers who manipulate the rations or attempt selling packs weighing less than the standards (1100 grams per bundle) would face a prison sentence of up to 5 years with hard labour. He pointed out that violations in bread making increased by about 420% compared to last year.

Barazi explained that the regime sells subsidized flour to approved bakeries for 40,000 SYP/ton, even though it costs up to 650,000 SYP, claiming that a bundle of bread equivalent to 680 SYP is being sold to the consumer for 100 SYP.

50 years of Assad rule have shown that in times of crisis, the regime always resorts to repression and punishment of these so-called “violators” instead of solving the root of the problem, that first and foremost is a result of the rampant corruption within its own ranks.

The Syrian regime’s insistence on adopting its policing strategy instead of finding solutions to the crisis only exasperates the issue and pushes for more corruption by encouraging these thieves to bribe more of the people in power to manipulate the system to their own ends, filling their pockets from those of the simple consumer. Because of it, the country is caught in a vicious and complex cycle of crises unrivaled by any other in the region.