Coronavirus cases are on the rise in Syria, and efforts are being taken to stem the spread of the virus, but it is feared that it could be too little and too late reports Sowt Al-Asima. 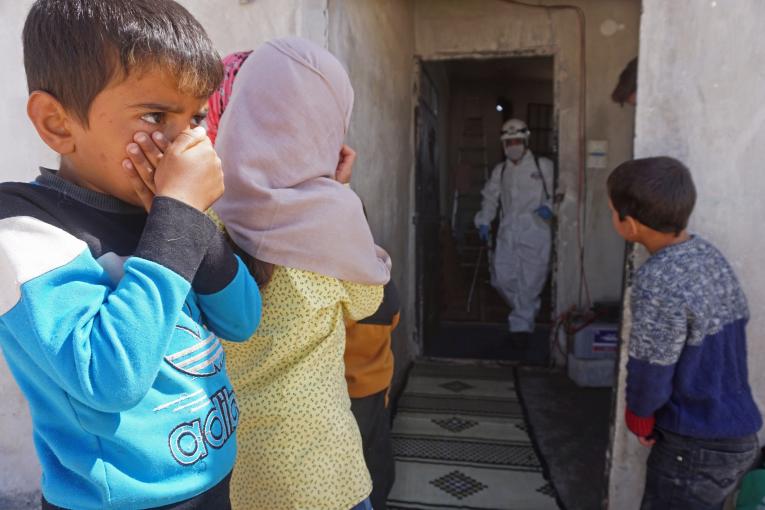 The Minister of Health in the Assad government, Hassan Ghobash, confirmed that there had been a clear increase in the number of coronavirus infections, and called for adherence to preventive measures.

Ghobash said that there are calls for a return to complete lockdown, expressing his hope that this stage will not be reached, according to Al-Khabar TV on Thursday.

Regarding hospitals resorting to Plan B as of late, the minister indicated that the goal is, “to attend to all cases by expanding the capacities of isolation departments, providing medical supplies, and ensuring the readiness of the staff.”

For his part, the Director of the General Authority of Ibn al-Nafees Hospital, Nizar Ibrahim, explained that the number of positive cases at the hospital during the past ten days saw a 12 to 15 percent increase.

During the second half of November, meetings were held to discuss the decisions that should be issued to address the second wave of the coronavirus.

At the time, Sowt Al-Asima’s sources reported that there was a dispute between the ministers and the government team tasked with addressing the pandemic, which was represented by the refusal to implement a partial or total lockdown by some parties.

Some ministers considered that implementing partial closure decisions, inspired by other countries, would not work in Syria, because controlling crowds during the day, amid the reigning situation, is impossible, according to the sources.

The sources indicated that other ministers suggested imposing a total lockdown on the country, for a period of 15 days, in the event of an increase in the number of infections, which others categorically rejected, based on previous failed experiences, in addition to the great losses that the government incurred, according to economic estimates.

Contrary to statements about the readiness of hospitals, the sources said that the Minister of Health presented new data pertaining to the infrastructure of the medical system and hospitals, indicating that they are not sufficiently prepared to face the second wave of the virus.

Baladi News said that hospitals on the Syrian coast are brimming with patients.

The website quoted the Director General of the Baniyas National Hospital, Imad Bashour, who said that the number of visitors to the hospital with symptoms similar to those of the coronavirus has increased significantly in recent days.

Bashour revealed that the number of positive cases has increased in the past ten days, indicating that the governorate is approaching the second peak of the spread. Bashour called for a full mobilization to limit the spread of the virus and potential infections.

Bashour said that non-essential operations have been stopped and that only emergency operations and those related to tumors are being carried out. A section of the hospital has been allocated for coronavirus patients, with 26 beds equipped with oxygen and respiratory support devices for patients that do not need an oxygen concentrator yet.