The late Walid al-Muallem reportedly submitted his resignation to Assad on multiple occasions, citing health issues, but his requests were denied by the Syrian leader reports Nedaa Syria. 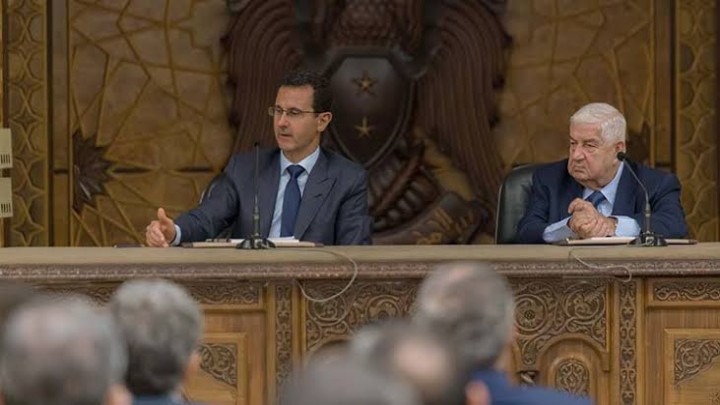 Media sources confirmed that the head of the Syrian regime, Bashar al-Assad, refused a request from his former Foreign Minister, Walid al-Muallem, who passed away last Monday.

Al-Quds Al-Arabi newspaper quoted a source it labeled as close to Muallem’s family as saying that the latter had submitted more than one request to Assad to relieve him from his duties, all of which were rejected.

According to the source, the resignation requests were fuelled by the critical health situation of Muallem, who had been suffering for more than five years from complications due to an incurable disease, cancer in the lymph nodes, and was receiving treatment in Lebanon.

The source pointed out that Assad was looking to benefit from Muallem’s connections and his experience in diplomatic work to the fullest extent, adding that Assad hoped that Muallem would be able to restore relations with the Gulf states, especially after the great role he played in normalizing relations with the UAE, Bahrain, and Oman.

On Sunday, Assad issued a decision appointing Faisal Mikdad as Foreign Minister and Bashar al-Jaafari as his deputy.