The casualties and destruction caused by last months violations of the de-escalation zone have been recorded by the Syria Response Coordinators reports Baladi News. 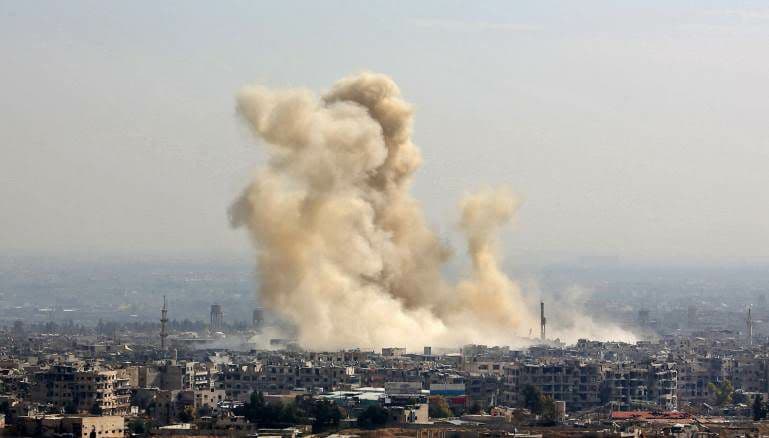 The Syria Response Coordinators team in northern Syria issued a statement, on Sunday, in which it counted the number of civilian casualties, the number of ground and airstrikes, as well as the regime forces and Russia’s violations of the ceasefire in the fourth de-escalation zone in northwestern Syria during the period extending from Oct. 1 – Nov. 8, 2020.

The team said that the regime forces launched 314 artillery shells and missiles, in addition to five airstrikes by Russian warplanes, while drones targeted four sites.

In its statement, the team documented the death of 25 civilians as a result of the aforementioned attacks, including seven children, two women, 12 men, and four volunteers in the field of humanitarian work. What is more, the bombing caused widespread destruction at six educational facilities, two popular markets, a Syrian Civil Defense center, and a camp to shelter the displaced.

The region witnessed some displacement, according to a Syrian Response Coordinators matrix tracking the displaced. The displacement happened specifically in Jericho and Jabal al-Zawiya, where the number of people displaced during the aforementioned period reached 1,794, while the return influx to the area completely stopped. The Aleppo countryside is currently witnessing a cautious calm. Displacement and return to the area have also stopped.

In its statement, the coordinators team called on all international actors to work at stopping the violations and hostilities carried out by the regime and its Russian ally in the region, and to take immediate and serious measures to stop these attacks.

The team pointed out that the continuation of hostilities in the regions of northwestern Syria will only generate new, intense waves of displacement and more internally displaced persons, in conjunction with the humanitarian crises that the northwestern regions of Syria are facing, and the continuing fears of a halt in humanitarian operations at the borders.