The National Coalition has welcomed statements by James Jeffrey regarding the PKK and the need for them to leave Syria writes Shaam News. 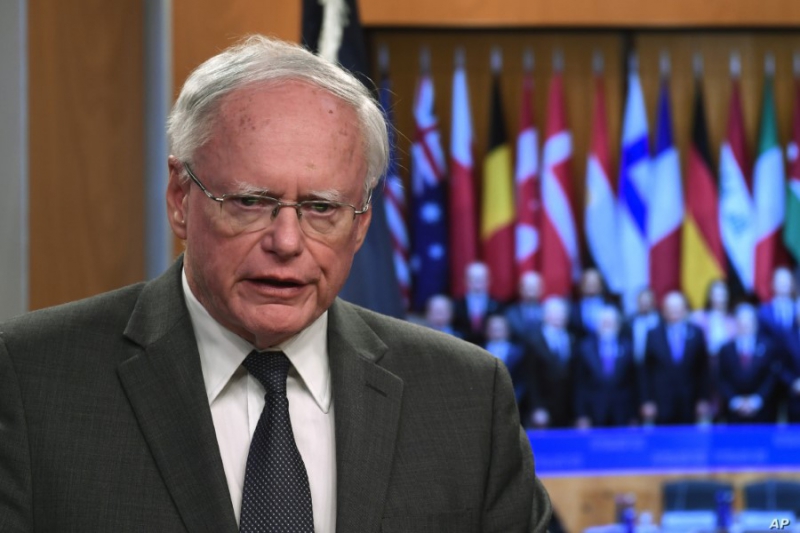 In a statement, the National Coalition said that the recent statements of US Special Envoy to Syria James Jeffrey, about the PKK organization is a long-awaited and positive step. Jeffrey highlighted the US position which considers those militias a terrorist organization, stressing the need for their members to leave Syria.

The coalition pointed out that millions of Syrians are waiting for these positions to translate into reality, strengthen efforts to end the terrorist presence in the east of the Euphrates, and stop jeopardizing the fate of the Syrian people in those areas.

The coalition affirmed that it continues to perform its duties and assume its responsibilities towards the eastern Euphrates region. The coalition also continues to pursue terrorist organizations and welcomes any international efforts that support this project and can accelerate its success. What is more, the coalition expressed its readiness to cooperate with anyone who wants to fight terrorism, block support for it, and work towards the exit of all terrorist elements from Syria.

According to the National Coalition, any party that cuts ties with the PKK organization, terrorism, separatist ideologies, and agendas and declares its commitment to the legitimate rights and aspirations of the Syrian people would be making a step in the right direction and would be helping to enable a fresh start that enables us to unite all Syrian people in their struggle for freedom.

The statement concluded that the coalition supports any effort that neutralizes cross-border terrorist organizations that targets the unity of Syria, devises plans, and concludes alliances with the aim of dividing the country. According to the statement, the National Coalition will continue to work to dismantle these organizations and end any threat they pose to the Syrian people, while working to guarantee the rights and freedoms of all Syrians.

Jeffrey pointed out that his country considers the PKK a terrorist organization, adding: “We want to see the PKK units leave Syria, as their presence in northeastern Syria is the main reason for the tension in relations with Turkey.”