Russia has lashed out at the United States, who are attempting to secure a resolution based on a report from the Organization for the Prohibition of Chemical Weapons writes SANA. 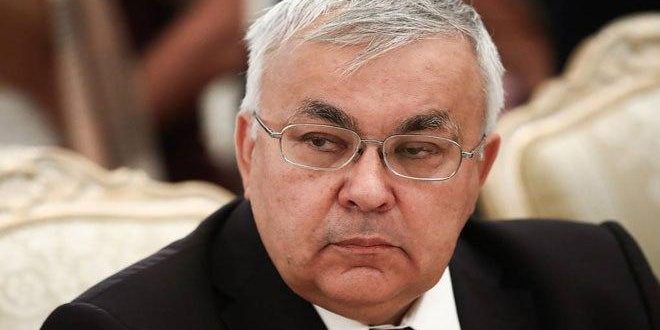 Russian Deputy Foreign Minister Sergei Vershinin announced that Russia rejects the US attempts to submit a draft resolution to the UN Security Council against Syria on the basis of the report of the Organization for the Prohibition of Chemical Weapons (OPCW).

Sputnik quoted Vershinin on Wednesday as saying, “Yesterday, the Security Council and the United Nations General Assembly received a report from the OPCW, and Washington has begun the attempts to adopt a totally unacceptable resolution on the basis of this report.”

Vershinin added, “A draft resolution against Syria on the chemical weapons, which is based on the report issued from the Hague will lead us to ambiguous circumstances, and we cannot allow this or agree with it.”

Vershinin pointed out that Russian diplomats are now working actively to confront these attempts, “In order to prevent the Americans from obtaining a majority to adopt the resolution… and if that does not work, our countermeasures are clear. “