Fighter from the Syrian National Army were gunned down at their base in Ras al-Ayn, with the SDF suspected of being responsible reports SY 24. 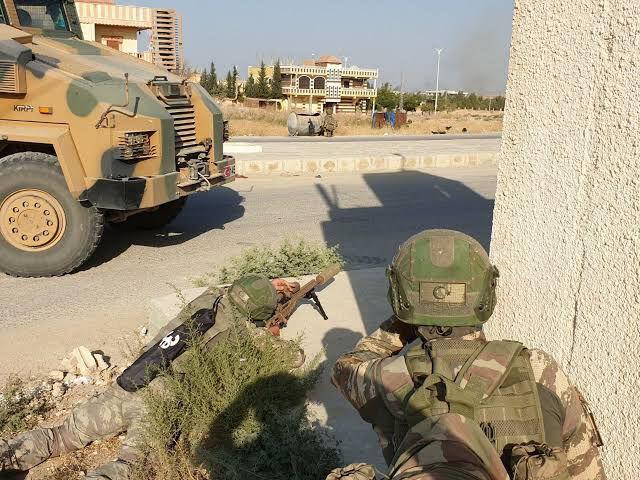 On Monday, unknown assailants assassinated members of the Syrian National Army on the M4 highway in the countryside of the city of Ras al-Ayn in Hassakeh Governorate, eastern Syria.

The SY-24 correspondent said, “Three fighters from the National Army were killed inside a military base in the vicinity of al-Aliyah area, near the Syrian Democratic Forces’ (SDF) sites on the M4 highway in the countryside of Ras al-Ayn.”

He emphasized that, “sound suppressors were used during the assassination, which meant no one knew about the killing until another group of fighters came to replace them,” noting that, “Russian forces are located in the area where the operation took place, in the silos area, and forces affiliated with the SDF are also located there.”

Media activist, Malath al-Homsi, explained to SY-24 that, “the operation was carried out by cells belonging to the SDF, and most likely infiltrated the base through the village of al-Alya, located on the road between the cities of Tel Tamer and Tel Abyad.

The Peace Spring area has been witnessing similar attacks and explosions using improvised explosive devices and car bombs, the most recent of which was on Jul. 24, 2020, when a car exploded in the town of Tel Halaf in Ras al-Ayn, killing four civilians and wounding others.

The SDF have been repeatedly trying to infiltrate the Peace Spring area, which has been under the control of the National Army in northeastern Syria for more than a year, which has caused deaths and injuries on both sides.