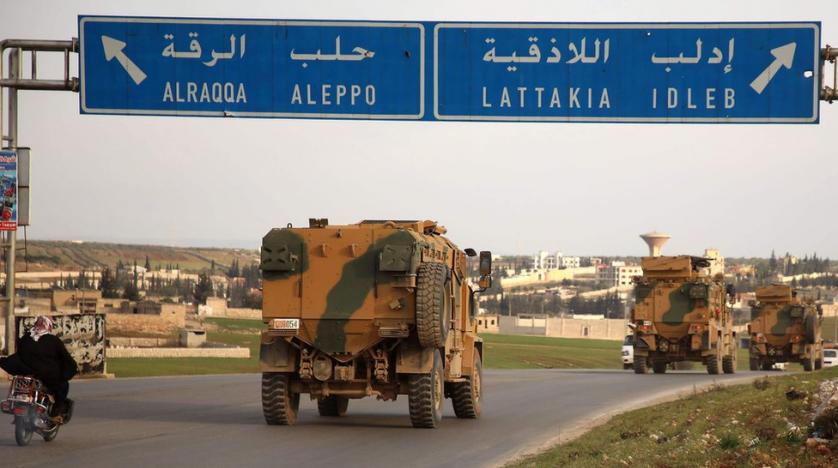 Turkey began withdrawing its troops from the “ninth” military observation point in Morek city, in northwestern Syria, as vehicles and trucks were seen entering the facility and moving soldiers to another location.

The Turkish forces stationed in Morek, which is under the control of the regime forces, began dismantling their equipment, in preparation for their withdrawal from the military point in the northern Hama countryside.

The observation post in Morek is the largest Turkish military point in that area and the forces have been stationed there for nearly two years and four months.

News correspondent of Sputnik agency in Hama confirmed that units of the besieged Turkish point began to dismantle the logistical equipment and the control towers.

Security sources confirmed to the Russian Agency that the Turkish forces had decided to withdraw towards Zawiya Mountain in the southern countryside of Idleb, which indicates that the decision was made in coordination with Russia.

The sources added that the troops are expected to be withdrawn from this point within the next 24 hours, unless there is a sudden development.

Earlier, Turkish Defense Minister Hulusi Akar asserted that Turkey will not evacuate its military observation points in the de-escalation zones in Idleb, saying the issue is non-negotiable.

Meanwhile, the Syrian Observatory for Human Rights (SOHR) reported that Turkish forces have evaded paying the rent to the owner of the land where the Turkish post is established.

SOHR sources reported that the owner asked al-Sham Corps to pay the rent of his land since the military corps had previously mediated between him and the Turkish forces to establish the observation post there.

However, the Turkish forces and al-Sham Corps have not paid the rent due to the land for nearly two years and three months.