Nasr al-Harir has called for Russia to cut ties with Assad, claiming it to be unnecessary and not in service of the Syrian people reports Nadaa Syria. 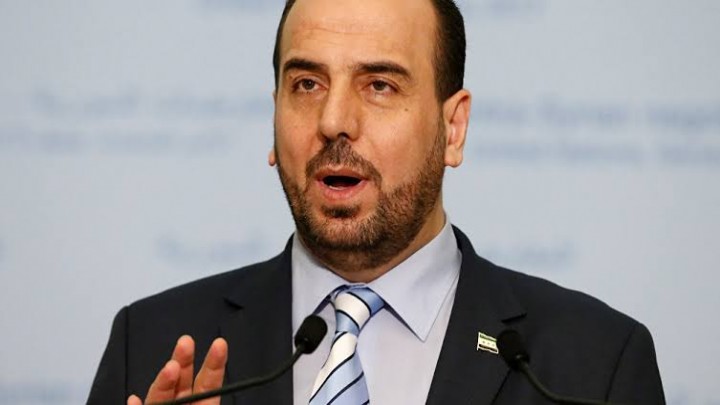 The head of the Syrian National Coalition for Syrian Revolutionary and Opposition Forces, Nasr al-Hariri, called on Moscow to sever ties with Bashar al-Assad, in a meeting he had with a Russian diplomat on the sidelines of the 75th United Nations General Assembly.

Hariri said in a tweet posted on Thursday, “I met the Russian representative to the United Nations and asked Russia to break its partnership with Assad.”

According to the tweet, the coalition delegation indicated that continuing to support Assad, at the expense of the Syrians, has become unnecessary, and that Russia must realize the repercussions of its choices in Syria.

According to Hariri, the delegation also called on Russia to, “stop its military operations and its political and military support for the head of a regime, whose inevitable fate is the International Tribunal.”

While the website of the coalition did not publish anything about the aforementioned meeting, it did announce a virtual meeting between Hariri and the Deputy Permanent Representative of Italy to the United Nations, Ambassador Stefano Stefanile.

According to the website, Hariri and Stefanile discussed the latest field developments and the political situation in Syria. The meeting was also attended by the Coalition’s Coordinator of the Foreign Relations Department, Abdulahad Astepho, as well as the National Coalition Representative to the United Nations, Maryam Chalabi.