Continued security chaos in the southern province of Daraa has led to the Russian-back Fifth Corp conducting inspections and raids writes Asharq Al-Awsat. 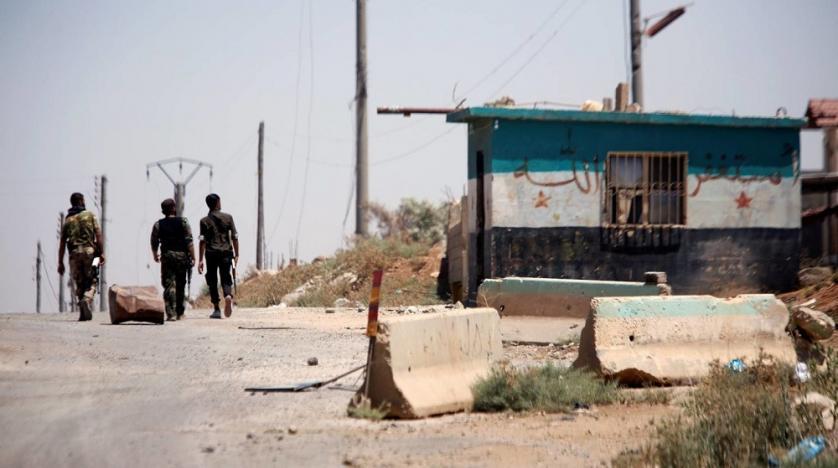 The Russian-backed “Fifth Corps” have carried out an inspection campaign after some of the Corps’ members were targeted in Busra.

As crimes and assassinations continue in Southern Syria, Busra – which is the stronghold of the Fifth Corps – witnessed the first assassination attempt of a prominent leader last Saturday, Sep. 18. An explosive device blasted in a neighborhood in Busra, targeting a military vehicle carrying Ali Bash and Qasim al-Miqdad, two leaders of the Fifth Corps group.

Both were wounded and transferred to a hospital in Busra to receive treatment.

Sources close to the matter revealed that the Fifth Corps conducted an inspection campaign hours after the blast, raided several houses in the targeted region, and arrested some of the individuals involved.

Further, a leader from the Fifth Corps was a target of a failed assassination attempt, as someone tryied to shoot him while passing on the road linking Giza and Elemtaih in the east of Daraa.

Adham al-Karad, former leader of an opposition faction in Daraa, threatened earlier to ‘escalate’ in Daraa if the Syrian army refused to withdraw from the zones which its soldiers accessed following the settlement.

Karad also demanded the withdrawal of local groups in Daraa that are working for the security bodies, calling on the negotiating parties and Russia to implement the settlement agreement agreed upon in mid-2018.

The former leader at al-Bunyan Al-Marsous Operation in Daraa denounced the Syrian regime’s recruitment of Daraa tribesmen tand getting them involved in clashes with the city’s residents in order to sow discord among tribes.

The Syrian regime provided the local groups with weapons, tanks, and cannons, he added.