The mysterious death of yet another regime officer has been announced, without revealing the circumstance writes Shaam News. 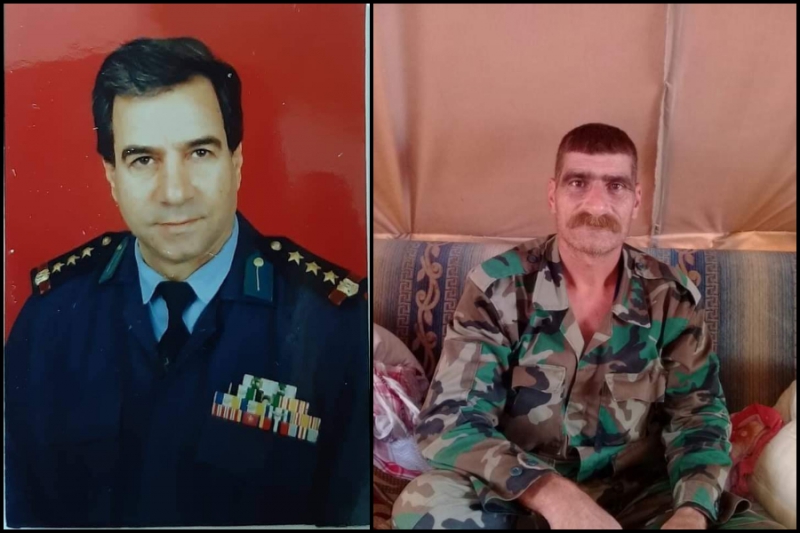 Pro-regime pages mourned a brigadier general pilot in the regime’s army, saying that he was killed in the city of Homs, central Syria, without revealing the circumstances of his death, in what seems to have become a pattern recently, especially with the incidents of the officers and leaders of the Shabiha militia.

An obituary circulated by pro-regime accounts confirmed the killing of officer Haseeb Khattar Kasouha, who died in mysterious circumstances. The obituary mentioned that the funeral had taken place two days prior in the Mar Elias al-Hayy Church, in the city of al-Qusayr, in the southern countryside of Homs.

Moreover, pro-regime media sources revealed the death of an assistant in the regime’s army, Qahtan Gerges Kulthum, saying that he was killed yesterday in the city of Palmyra in the eastern countryside of Homs. His obituary did not reveal the circumstances of his death.

Kulthum hails from the village of Jabriya in the countryside of Homs. Among the pro-regime pages that reported the news of his death was a militia page by the name of The Desert Lions, which indicated that the assistant was leading a combat group, and officers called him “the uncle”, according to what was reported.

Pro-regime sources had previously revealed the death of Col. Ahmed Jamil Balloul, who is originally from Ayn Shiqaq in the city of Jableh in the province of Lattakia, after health complications they said were caused by a heart attack. A photo of him circulated on pro-regime pages.

On Aug. 25, 2020, the Shaam News Network reported the death of an officer by the name of Adeeb Khalil Jabour, 60, who is a major general in the regime’s army. He is originally from the village of Kfardabil in the Jableh countryside in the Governorate of Lattakia. Cause of death was a health complication, as described by the network.