In some classes some 50 percent of pupils will not have textbooks this year, Al-Watan reports 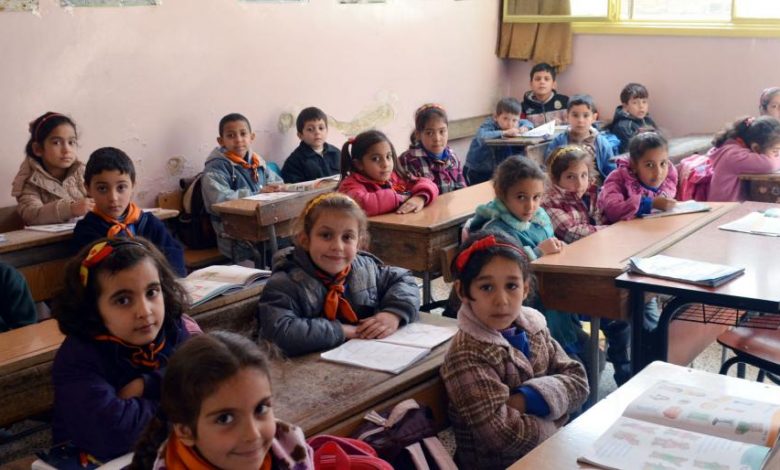 Al-Watan learned from reliable sources that the shortage of elementary school books that are distributed free of charge to pupils at the beginning of each year will be important in schools.

The shortage will reach about fifty percent, which will have negative repercussions on students, schools, and the education system if the issue is not remedied without delay either by the General Establishment for School Books or through recycling used books.

Director General of the General Establishment for School Books Zuhair Salman told Al-Watan that the inability to secure new books for students in the first to the ninth grade is due to several reasons — including those related to raw materials whose prices have increased greatly, as the price of a ton of paper used to be about 45 thousand Syrian Pounds while it is now 2.5 million Syrian Pounds. This is due to the blockade in addition to the coronavirus lockdown.

In response to the information confirming that many schools have sold old books they had received from students and no longer [the schools] have books, Salman clarified that ministerial instructions prevent any school from utilizing used books for two years after receiving them from students. He added that many of the schools respected the instructions. However, those who did not comply might be held accountable by the ministry and its directorates.

Salman stressed that the General Establishment for School Books, in cooperation with the Directorates of Education and under the guidance of the ministry, is doing everything it can to rectify the situation and deliver books, whether new or used, to students without delay.