What are believed to be two MQ-9 Reapers drones have crashed into each other in the skies over Idleb, before plummeting to the ground reports Al-Masdar. 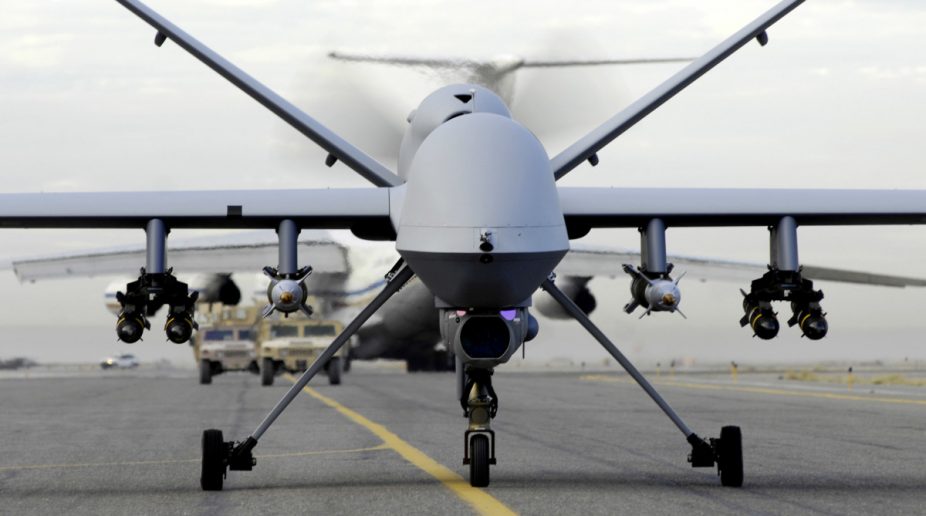 The US military lost two drones over Idleb Governorate this week after they reportedly crashed into one another on Tuesday.

Citing a defense official, the Military Times reported that the US lost the two drones when they crashed into one another over northwestern Syria.

“Images of burning aircraft crashing to the ground were posted to Twitter on Tuesday. There was speculation that the aircraft were MQ-9 Reapers — a remotely piloted aircraft used predominately as an armed hunter-killer drone, but also capable of surveillance and intelligence collection — and were shot down,” Military Times reported.

They added that the defense official could not confirm the types of drones that crashed into one another at the time of the incident.

Opposition activists previously reported that the drones were shot down over Idleb, while others mistook the unmanned aerial vehicles as belonging to the Russian military, rather than the US.

Tuesday’s incident marked the first time during the Syrian conflict that any US drones have crashed into one another.