Protests have erupted in the western countryside of Raqqa and called for the fall of the regime and the release of prisoners writes SY 24. 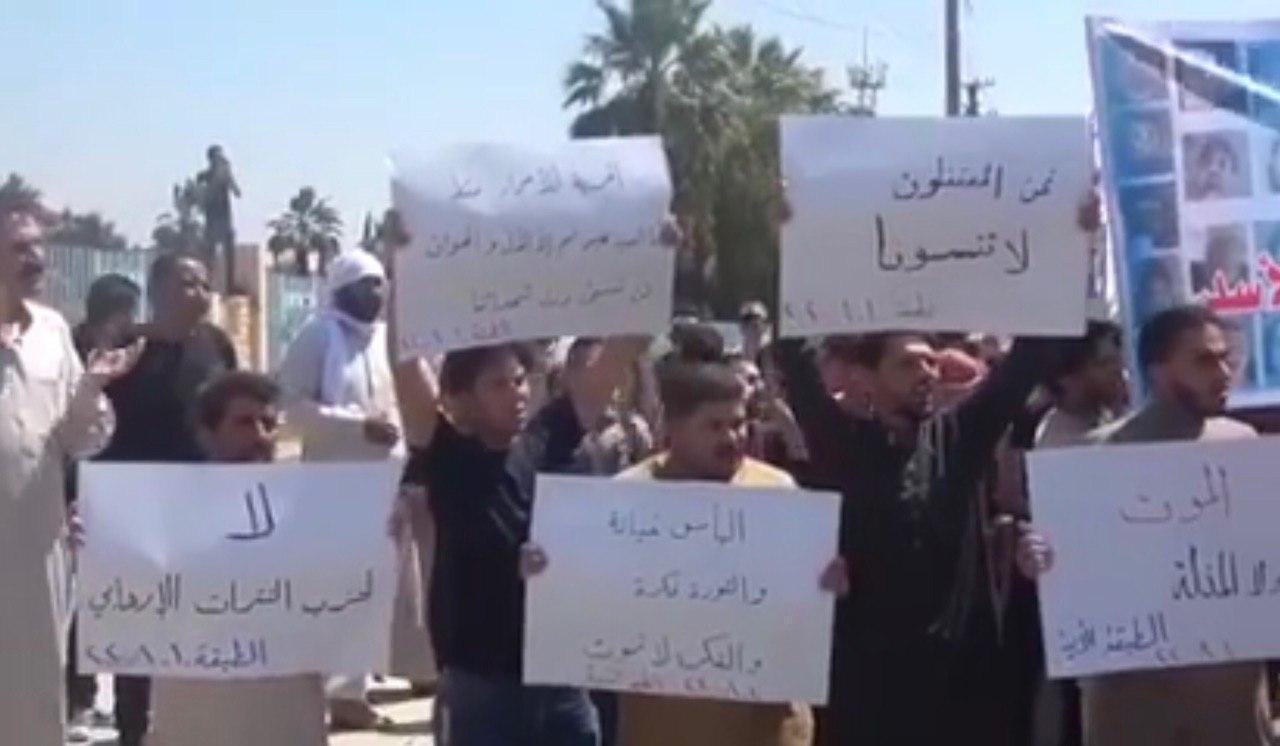 Residents of al-Tabqah city demonstrated in the western countryside of Raqqa governorate, which is under the control of the Syrian Democratic Forces (SDF).

Activists circulated a video showing the participation of dozens of people from the city of al-Tabqah in the demonstration, which demanded the overthrow of Bashar al-Assad’s regime and holding his corrupt regime accountable, in addition to calling for the release of detainees from regime prisons.

The demonstrators also affirmed that they stand by the people of the villages and towns of the eastern countryside of Deir ez-Zor, which has been witnessing a state of tension since the assassination of the most prominent sheikhs of the al-Akidat tribe, Mutashar al-Hamoud al-Jadaan al-Hafal, as a result of gunfire in SDF-controlled areas in Deir ez-Zor. Ali Salman al-Wais, one of the notables of the al-Bakara clan, was assassinated by Islamic State cells, in addition to the spokesperson for the al-Okidat clan, Sheikh Suleiman al-Kassar. All of these assassinations took place during the last days of Eid al-Adha.

Since last Thursday, the SDF has carried out raids and arrested of a number of young men, in addition to burning down the house of a civilian in the town of al-Shuhail in the eastern countryside of Deir ez-Zor. The SDF used bullets to disperse the demonstrations, which prompted members of al-Akidat tribe to revolt against the SDF and expel its members from several areas in the eastern countryside of Deir ez-Zor.

Many Arab tribes issued statements declaring their solidarity with the people of Deir ez-Zor and with the al-Akidat tribe in their revolution against SDF.