As part of its dispute with Rami Makhlouf, the regime has revoked the licences of a security company, without giving any reason reports SY24. 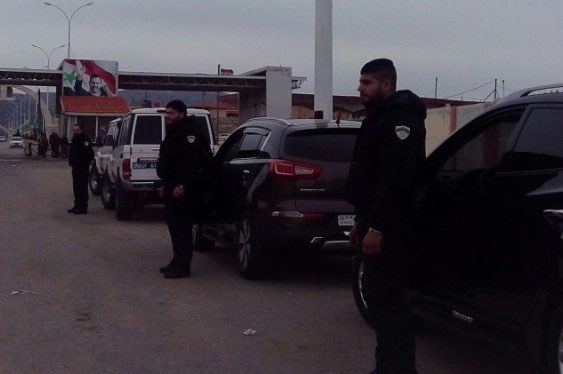 The Syrian regime has revoked the license of a new security company, adding it to the previous two companies that were denied licences. Pro-regime sources say that the regime’s decision is due to its disputes with tycoon Rami Makhlouf.

Pro-regime website, Snack Syrian, said that the Ministry of Interior, which is affiliated with the regime, issued a decision to revoke the license of the National Company for Protection Services, on the pretext that it violated the terms of its license. No further details were mentioned.

According to sources close to the situation, private security companies in Syria are mostly affiliated with Rami Makhlouf, and the regime wants to incapacitate Makhlouf in Syria at the security level by getting rid of those companies.

Furthermore, the regime instructed the Ministry of Internal Trade and Consumer Protection to scrap the commercial record of each of Alpha Security and Falcon Security.

Economist Samir Tawil told SY 24 that “[the regime’s] decision comes as a by-product of the current campaign against Rami Makhlouf and some other businessmen whose companies’ licenses were permanently revoked.” All the measures that the regime is taking are aimed at rendering Makhlouf, his employees, and the businessmen affiliated with him hors de combat, according to Tawil.

It is worth noting that, in 2013, President Bashar al-Assad had granted licenses to private protection and security services companies, on the pretext of providing protection services to facilities, property, documents, individuals, money transfers, jewellery, and other precious metals.