Fighting has occurred between the regime’s Military Security branch and the Palestinian Liwa al-Quds, highlighting the struggle between Russia and Iran reports Baladi News. 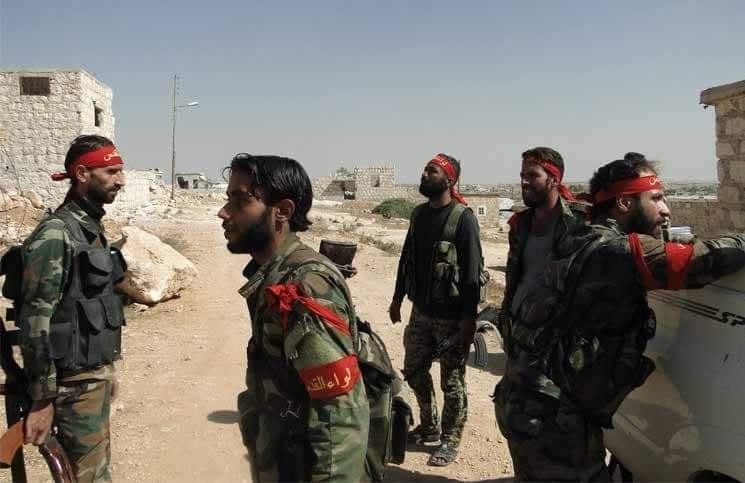 An armed struggle between the regime’s Military Security branch and the Palestinian Liwa al-Quds militia broke out several days ago in rural Deir ez-Zor, and developed into an assassination attempt against Liwa al-Quds commander Muhamamad al-Saeed near the town of Kafr Naboudeh in rural Hama.

The pages added that Saeed’s motorcade was targeted with anti-tank missiles, from deep within regime-held territory. One of his companions, Ibrahim al-Turk, from the Handarat camp, was killed, while the car leading the convoy was destroyed.

The latest events come amid a dispute between Military Security and Liwa al-Quds that happened in the Harabash area near Deir ez-Zor governorate. Liwa al-Quds fighters were assisting a number of people who had been wounded in a mine explosion near Shoula in rural Deir ez-Zor. They were intercepted at a Military Security checkpoint in Harabash, before clashes broke out between the two sides over the obstruction of the ambulance operation. A number of fighters on both sides were killed, and Liwa al-Quds members set the checkpoint on fire.

Social media pages close to the Iranian-backed Liwa al-Quds indicated that the operation targeting commander Saeed in rural Hama was deliberate and planned, rather than a landmine explosion, suggesting the involvement of the Russian-backed Military Security, which was acting in retaliation to the killing of its fighters at the Harabash checkpoint in Deir ez-Zor.

Regime-held areas are witnessing conflict between local Iran-backed militias on one side and Russian-backed militias on the other. Lately, Iran’s National Defense has accused leaders of the regime’s 25th Division, which is led by Suheil al-Hassan, of looting and theft. Social media pages close to the 25th Division have responded similarly, with Daraa province witnessing near daily killing and arrests between the Iran-backed Fourth Division and the Russia-backed Eighth Brigade of the Fifth Corps.

The conflict is intensifying between Russia and Iran on social media. Pro-regime Facebook pages affiliated with Military Security have levelled accusations of corruption and looting at Gen. Ghassan Bilal, head of the security office of the Fourth Division and Khudhur Taher al-Khudur (nicknamed al-Jaja), director of the Qalaa security company as well as his assistant Yousef Ali Khanat (nicknamed al-Ghawar).