Despite promises made by the regime, protesters who were arrested are being transferred to Damascus, where they will face trial reports Neda-Sy. 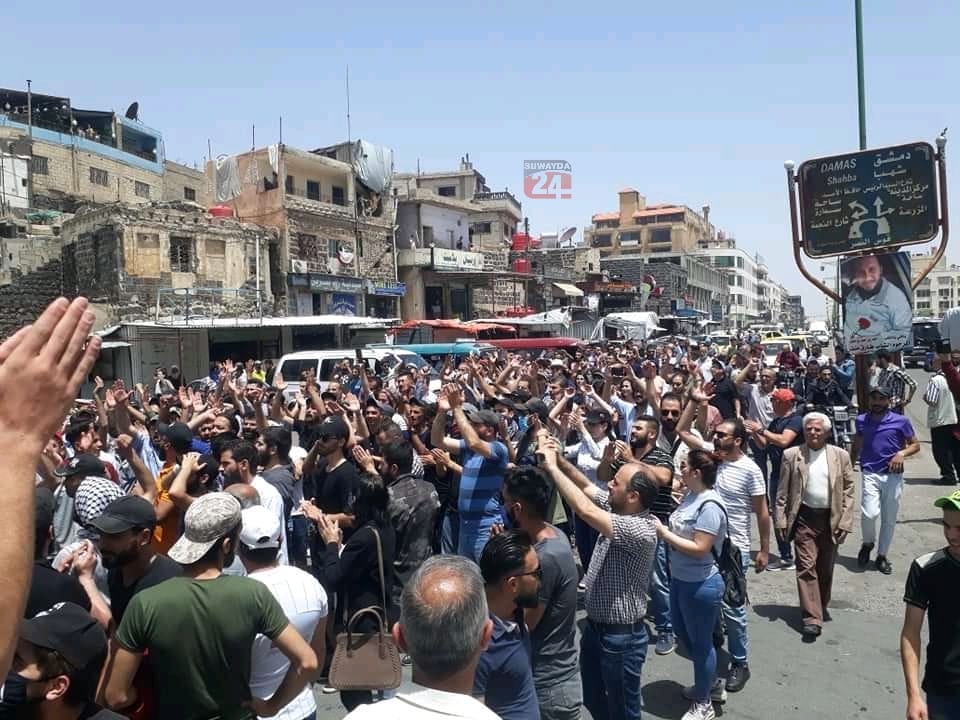 The Assad regime has decided to transfer most of the young men it had detained for participating in the recent anti-government protests in Suweida to Damascus.

The regime announced a decision to transfer nine of the 12 detainees to Damascus. The Suweida 24 Network reported they could be transferred to the “terrorism court” through the administration of the Criminal Security branch in Damascus.

According to the news site, the three remaining men were supposed to have their files transferred to an investigations judge on Sunday, but the investigation was postponed because the “judge was busy.”

The Assad regime did not heed promises that it had made previously to Suweida notables, to transfer the detainees to a special court in Suweida, the news site reported.

The Syrian Network for Human Rights documented the regime’s arrest of 10 activists in Suweida city, while Suweida 24 reported the arrest of 12 people since Jun. 7, 2020 – 10 of them for their participation in the protests and another two arbitrarily.

It was expected that the detainees would all be released on Sunday, according to promises made by the Assad regime to sheikhs in the city, but those promises were not fulfilled.