A child was shot and killed by Turkish border guards as he and his mother attempted to smuggle themselves into Turkey reports Etihad Press. 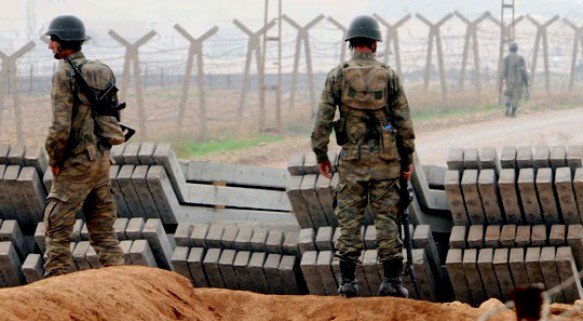 A child was killed and his mother seriously injured on Wednesday, when they were directly targeted by Turkish “gendarmerie” border guards during an attempt to enter Turkish territory through a smuggling point from western Idleb.

Four-year-old Humam al-Sadeer and his mother were from the city of Maarat al-Nu’man and were shot at with live rounds by Turkish gendarmerie while they were trying to seek refuge in Turkey from the war that has been going on in their home country since 2011.

There have been repeated cases of gendarmerie targeting Syrian refugees trying to cross the border to flee the war. Turkey has also built a wall along the border, stretching 911 kilometers, to prevent the entry of refugees, resulting in the continuous killing and injury of civilians.

According to the Violations Documentation Center (VDC), the number of Syrian refugees shot dead by Turkish border guards has reached 463, including 86 children and 59 women. The number of those wounded by gunfire or assault has risen to 489, including those who tried to cross the border, or residents of nearby Syrian villages and towns, farmers or owners of land along the border who were targeted with live bullets by gendarmerie.

The VDC previously documented an attack by Turkish gendarmerie that killed two refugees and wounded 18 others in May 2020 as they were trying to cross the border in order to flee the war in Idleb and rural Aleppo.