Malak Nabih Khalil Jumaah was found murdered after she refused to marry a fighter from the Sultan Murad Division according to the Violations Documentation Center. 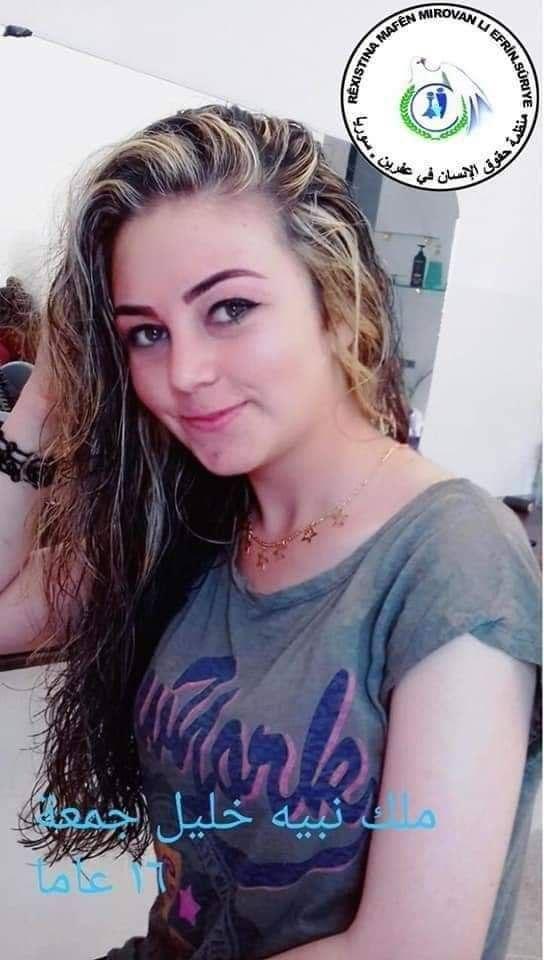 The body of a 16 year-old Kurdish girl named Malak Nabih Khalil Jumaah, was found in the village of al-Freiziyah near Azaz by residents of the village of Darwish in the Sharra area of Afrin. The area is under the authority of Turkish-supported armed factions.

The Violations Documentation Center in northern Syria reported that Azaz residents found Malak’s body in al-Freiziyah, in the countryside of Azaz north of Aleppo city.

A source added that the girl had not been seen or heard from for some time. Her body was found Sunday morning, brutally murdered, in the village of al-Freiziyah near Azaz.

According to the source’s information, a member of the ill-reputed Sultan Murad Division, which is supported by Turkey as a part of the Syrian National Army, kidnapped her from Afrin city on May 23, 2020, after she refused to marry him.

The source said that the fighter raped the girl at gunpoint then forced her to marry him.

The girl then disappeared, and was later found Sunday morning with three bullet wounds to the head on farmland in the village of al-Freiziyah.

Such incidents have increased amid violations and theft in areas under the control of Syrian armed opposition factions. Robbery, looting, detainment and lawlessness have become near daily occurrences.