The battle of influence between Russia and Iran is continuing with a meeting of notable from the coast reports The Levant. 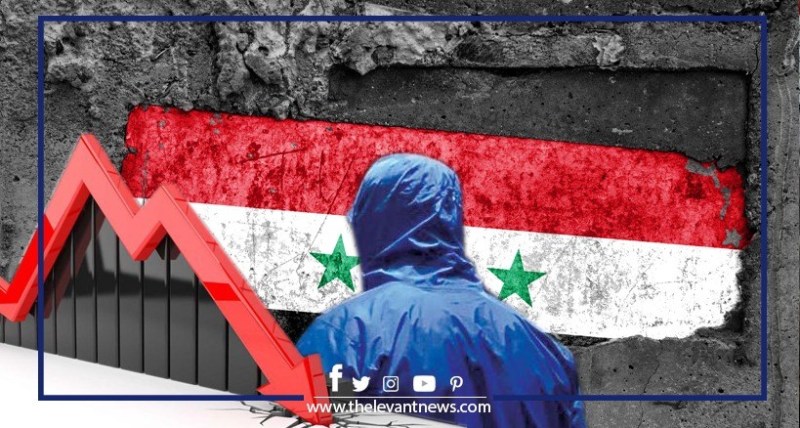 As implementation of the Caesar Act nears, changes on the map of Syria’s political scene are beginning to appear. Iranian militias, already exhausted by economic sanctions and the coronavirus, are unable to drain their remaining energies for the Assad regime. And Russian domination of decision points, border crossings and airports after the regime spent years destroying infrastructure, has left the Syrian regime unable to leave Russia’s embrace and solve its problems without Moscow. This has been a stab in the back of Hezbollah, the world’s drug dealer.

These developments have begun to cause cracks in the regime, including among senior military figures affiliated with Iran by virtue of the regime’s sectarian makeup, as well as businessmen who are no-longer able to find protection from Russia’s hegemony over decision-making.

Sources told The Levant that the dispute between Rami Makhlouf and Bashar al-Assad has reached a new level, wedging the Syrian people amid a crisis between the two sides over the case of Syriatel. Meanwhile, the Caesar Act is nearing implementation as the economic crisis continues to choke the country. Alawite clerics have received calls for help to soothe the situation.

Bashar al-Assad requested the help of Alawite clerics, who held several meetings with the heads of security branches in Tartous and Lattakia to solve the crisis. The dispute is centered around the circles of Bashar al-Assad in Lattakia and its surroundings, and around the circles of Rami Makhlouf in Jableh and Qardaha, especially in the villages of Beit Yashout, al-Qaseilbiyeh, Zama, Ras al-Ayn and Ayn Shaqaq, where the latter’s supporters have gone out into the streets by night cursing Bashar al-Assad and the al-Akhras family. Russia has repeatedly tried to intervene to contain the situation and meet with Hemeimeem notables.

“The notable security heads in these areas are all allied with Rami Makhlouf and were receiving financial aid from him,” a source told The Levant. “Among them are ancient Alawite families aligned with the Makhlouf family against Assad, including the Jadid, Khudour, Hawash, Adra and Haidar families.”

The Levant has learned that, “followers of Bashar al-Assad accuse his opponents of subordination to Iran, while they themselves are accused by the other side of subordination to Iran. Makhlouf’s followers meanwhile accuse Russia of igniting the crisis in the region.” The Levant also obtained information that a meeting “took place last week in Hemeimeem, where regional notables were informed that Syria is about to enter a new stage, and that they must persuade their sons, officials, generals and army members to do so in exchange for future Russian protection.”

The leaders of the Alawite tribes in Safita, Masyaf and the al-Sheikh Badr area are the most loyal to Iran, and reject the Russians. These families and their sheikhs also strongly support Rami Makhlouf and the Iranian wing in the regime’s army. They also push their sons to join Shia militias and accuse the Russians of inflicting injustices on Rami Makhlouf.