The World Food Programme has said that over the past 12 months, the price of basic food items in Syria has increased by 107% in 1 year writes Al-Araby Al-Jadeed. 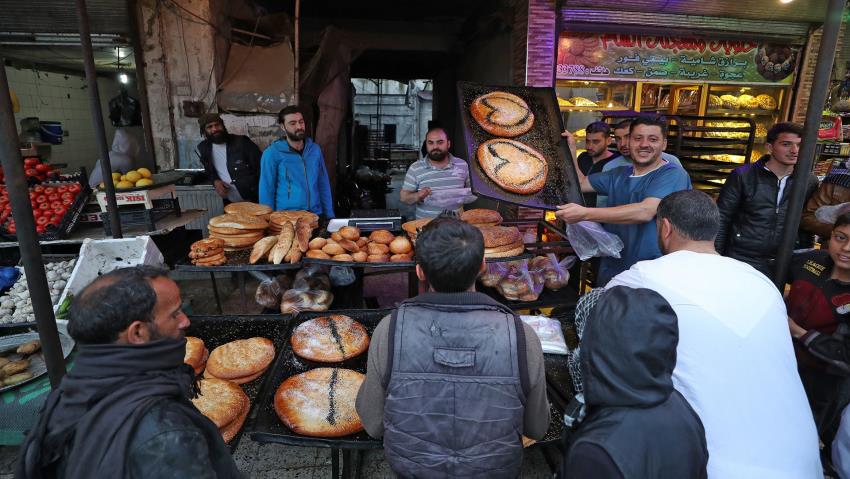 Food prices in war-torn Syria have doubled in the past year to record levels, 14 times the average before the nine-year-old conflict, the World Food Programme said on Monday.

“Over the past 12 months, the price of WFP’s reference food basket has on average increased by 107 percent across Syria,” the UN agency said.

“This is 14 times the pre-crisis average and the highest ever recorded,” WFP spokeswoman Jessica Lawson told AFP.

Syria’s conflict has devastated the country’s economy since it started in 2011, and plunged 80 percent of its people into poverty, according to the UN.

Last week, millions of Muslims across Syria started celebrating the fasting month of Ramadan, many displaced from their homes and the large majority under lockdown to stem the novel coronavirus pandemic.

WFP said food prices had increased by 152 percent in the Assad regime-controlled province of Suweida, followed by 133 percent in the central regions of Hama and Homs, also under the control of the regime.

The price of basic food items in Syria has increased by 107% in 1 year.

They need our help more than ever.

The Syrian capital followed, with prices jumping by 124 percent in just 12 months.

In Damascus, an AFP reporter said that over the past month a kilogramme of tomatoes had doubled in price from 500 to 1,000 Syrian pounds.

A bunch of mint or parsley was going for triple the price three months ago, he said.

Syrians in regime-held areas have over the past year had to contend with price hikes, a fuel crisis and a plummeting Syrian pound on the black market.

The regime blames Western sanctions for the economic crisis, but analysts also say regime corruption has played a major role.

Severe capital controls in neighbouring Lebanon have also contributed by hampering the influx of dollars to regime-held areas of Syria.

In February, the regime launched a smart card system to allow families to access a limited amount of sugar, rice and tea at a discount.

The Assad has officially announced 43 cases of the Covid-19 illness, including three deaths. The UN has announced one fatality in the northeast of the country.

The conflict has killed more than 500,000 people and displaced millions from their homes ever since it started in 2011 with the brutal suppression of protests by the Assad regime.