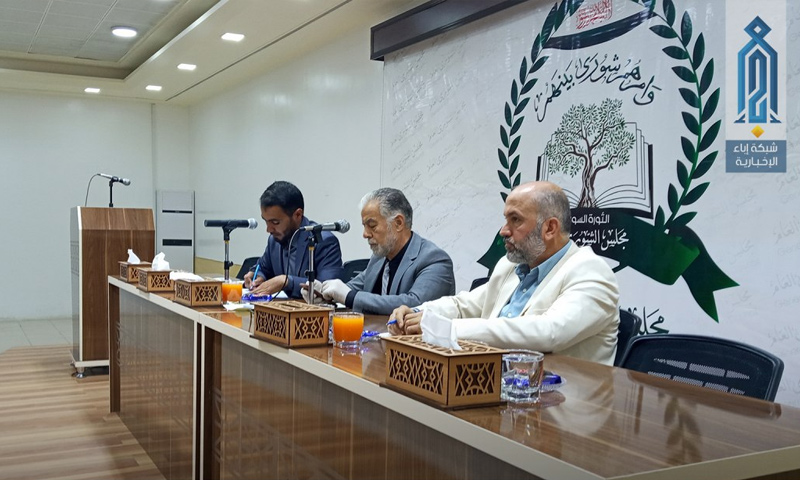 The General Shura Council of Idleb and its countryside elected a new president, replacing Bassam al-Sahyouni, who submitted his resignation two weeks ago.

According to Ebaa Network, which is affiliated with Hay’at Tahrir al-Sham, the council gathered on Thursday and elected Dr. Mustafa al-Mousa, a pharmacist, to succeed Sahyouni.

Since 2017, Sahyouni had presided over the Foundational Committee that emerged from the General Syrian Conference, and was formed by the Salvation Government in areas under the control of Tahrir al-Sham.

In February 2019, a general conference was held at the Bab al-Hawa border crossing on the border with Turkey, after an invitation was issued to various actors in Idleb. At the top of its goals was the formation of a unified civil administration for the north.

The conference resulted in the foundation of a General Shura Council for Northern Syria, headed by Bassam al-Sahyouni. Among its aims was to form a unified government for the area.

However, Sahyouni submitted his resignation on Apr. 7, 2020, writing on his Telegram channel that throughout the revolution he had not belonged to any faction or party. “I have sought, with many of my academic colleagues, to help our people in the liberated north to build civil institutions that serve this revolution.”

Sahyouni did not disclose the reasons for his resignation. Sources close to him told Enab Baladi that his resignation stemmed from an attempt by Tahrir al-Sham to make unilateral decisions in the area after the formation of the Shura Council, and interfere in civil affairs.

In addition, Tahrir al-Sham did not accept the participation of other parties such as the Syrian Interim Government in determining the fate of the area, and tried to partition Idleb from other [opposition-held] areas in rural northern Aleppo.

Sahyouni had previously told Enab Baladi that, “there was a plan for the administration of the liberated areas [opposition-held areas of northwestern Syria] that was prepared in advance to involve all areas in the Foundational Committee that is considered to be a parliament.”

He added: “We are proceeding in several directions, most important of which is the parliamentary component, and organizing it to include all those on the ground in all governorates. This is the beginning of work on a new administration.”

Idleb and its countryside, as well as rural western Aleppo, are under the military control of Tahrir al-Sham. The Salvation Government is in charge of government and services, though is accused of affiliation with Tahrir al-Sham, and of carrying out Tahrir al-Sham’s decisions.