The bloody push and pull between the regime and Turkey-backed forces continues in Idleb, with losses on both sides reports Alsouria Net. 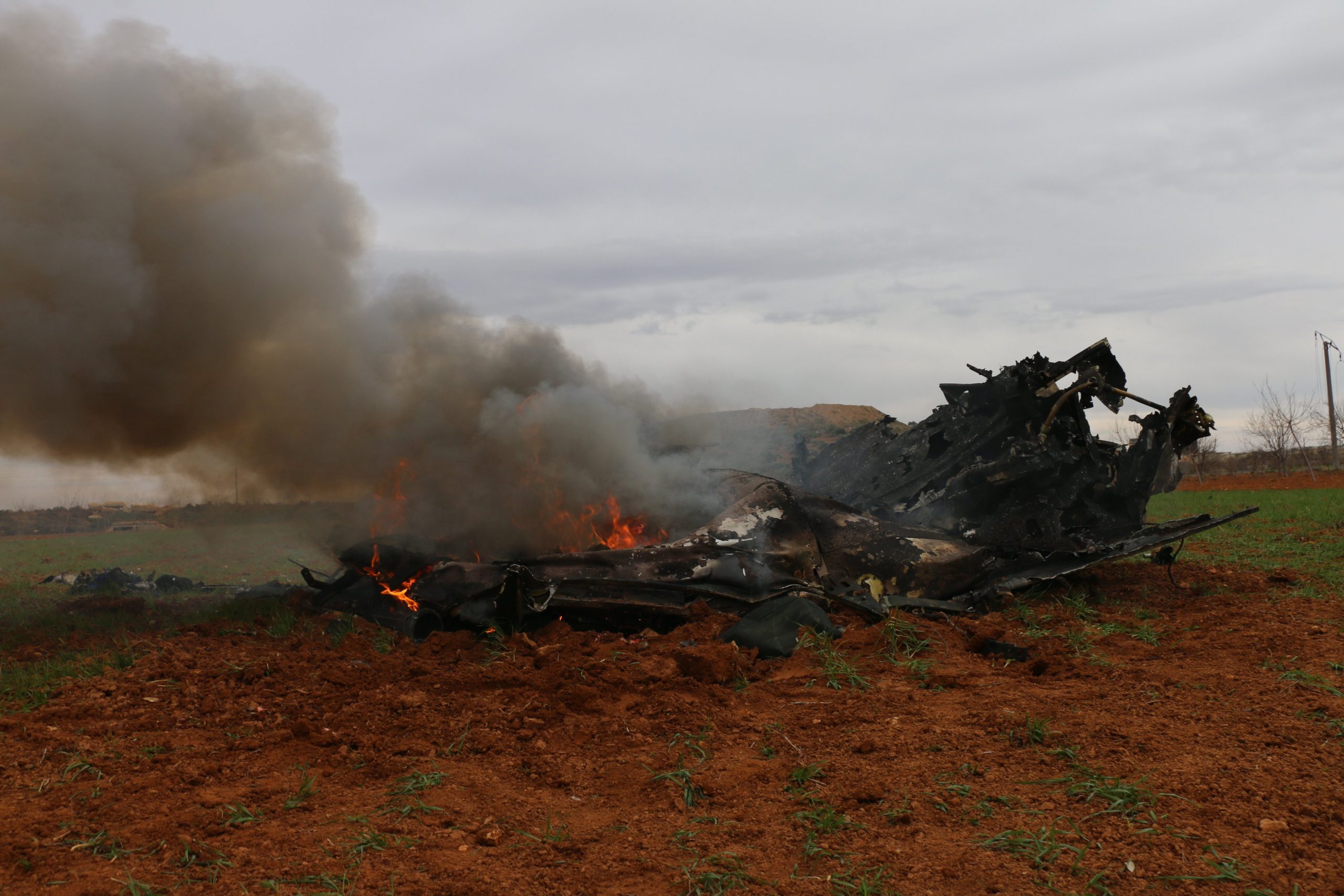 In the early hours of Thursday, the Turkish Defense Ministry declared that two Turkish soldiers had been killed and others wounded by an airstrike that hit their positions in Idleb, a shortly after negotiations between a Russian delegation in Ankara and Turkish officials ended.

At 01:00 am on Thursday, the ministry said that, “as a result of the airstrike on our troops in the Idelb area … two of our heroic colleagues were martyred.” It said that others were wounded and that the Turkish army had “immediately struck regime targets in the area.”

The ministry continued on its Twitter account saying that the Turkish army had carried out and attack on Assad regime positions, which destroyed tanks and rocket launchers belonging to Assad’s forces. The ministry said that its forces were able to “seize three tanks and neutralize 114 regime troops.”

With the killing of the two soldiers, the number of Turkish soldiers who were killed in Idleb over February rose to 18, in five separate attacks that hit their positions in Idleb. The Turkish Defense Ministry said that the latest of these attacks were airstrikes by warplanes.

On Thursday morning, the Saraqeb battle and the strike which killed the Turkish soldiers, along with reports about the Turkish army sending air defense systems to Idleb, indicate the collapse of the new negotiations carried out by the Russian delegation in Ankara on Wednesday which are expected to finish today.

The Turkish Anadolu agency said on Wednesday that the meeting had “ended,” adding that the talks were concerned with the Idleb issue, and that they would resume on Thursday in the Turkish Foreign Ministry headquarters in Ankara.

During this month, talks have failed been the two sides. It appears that the viewpoints are far apart with regards to the situation in Idleb. While regime forces, Russia and Iran have advanced in the recent battles, Ankara has threatened to carry out a military operation at the end of February, to return the advancing forces behind the lines of the Sochi understanding reached in September 2018 between the Turkish and Russian presidents.

Erdogan talks about the changing events in Idleb: Assad will not become a friend

Turkish President Recep Tayyip Erdogan said that events in Idleb had begun to change in his country’s favor after the factions backed by Turkey took control over the strategic Saraqeb city, east of Idleb.

Erdogan said in a speech during the opening session of the Political Academy of the Justice and Development Party on Thursday that his country had lost three soldiers during the recent Idleb fighting, saying that in return they had killed a large number of Assad’s forces in the area. He added, “Events in Idleb have begun to change in our favor.”

The Turkish present said that if not for Russia and Iran’s support for the Assad regime, he would not have been able to remain in power to today. He said that his country could not consider Bashar al-Assad a friend, and that he had killed hundreds of thousands of his people, as he put it.

Erdogan’s statements came after opposition groups, backed by Turkey, advanced on the eastern Idleb front, and took control over Saraqeb and some villages around them.

There are four Turkish observation points around Saraqeb city, which had previously been struck by Assad’s forces, killing Turkish soldiers. It is important because it is a major transport node and connected the two main M4 and M5 highways, which means that the regime is unable to open the highway without taking control of the city.

The deadline given by Turkey to the Assad regime to withdraw behind the Turkish observation points is almost over, coming at the end of the month. Turkey has stressed that it is serious about carrying out its threats and carrying out a military operation to force Assad’s forces, backed by Russia, to withdraw.

Putin does not want to meet Erdogan

While Erdogan said that he will meet his Russian counterpart, Vladimir Putin, on Mar. 5, 2020, to discuss the events in Idleb, the Kremlin said that this meeting would not occur.

The spokesman for the president, Dmitry Peskov, said in a press conference today that Putin’s schedule did not include meeting the Turkish president at the time Erdogan noted. He said that, “President Putin had other work planned for that day.”

Peskov said at the same time that talks were continuing with the Turks about Idleb, adding that, “There are working contacts at the expert level between Russia and Turkey, the first objective of which is, of course, continuing to discuss the crisis around Idleb.”

The Turkish president said during a meeting with Turkish media that he would meet Putin in Istanbul, probably on Mar. 5, 2020.

Talks between Russian and Turkish officials continued in Ankara around Idleb in a new round of talks which started on Wednesday.