A memorial to the Russian soldiers who were killed fighting has been erected in Deir ez-Zor province, with an event attended by the Baath Party and a number of security and military officers reports Jesr. 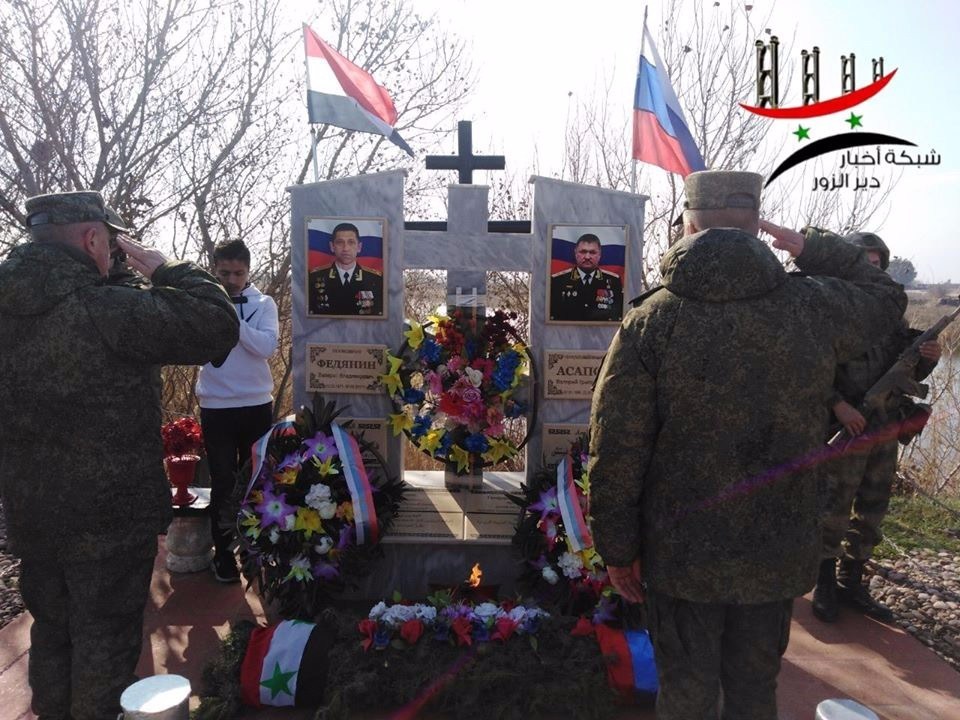 Regime loyalists in Deir ez-Zor province are setting up a memorial in the city for some of the Russians killed fighting during the ongoing battles in Syria.

Major General Ghassan Salem Mohamed, head of the Security and Military Council in Deir ez-Zor, took part in the inauguration, praising what he called the, “major role of the Russian army who stood alongside the Syrian Arab Army in fighting terrorism.”