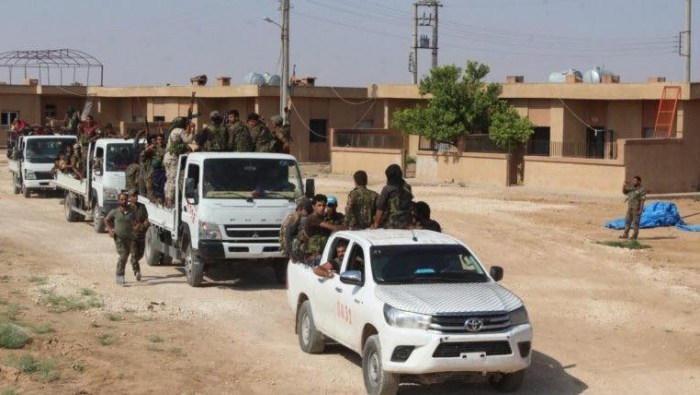 According to our correspondent, the campaign was launched after cells, believed to belong to the Islamic State (ISIS), erected roadblocks on the main streets of al-Hawayej village after midnight.

The security force searched some houses, whose owners are suspected of being associated with the ISIS cells, but no one was arrested, according to the correspondent.

It is noteworthy that al-Hawayej village in the eastern Deir ez-Zor countryside has recently witnessed increased activity of cells believed to belong to ISIS.