The complete liberation of Aleppo by the Syrian Arab Army has been hailed by the General Conference of the Arab Parties writes SANA. 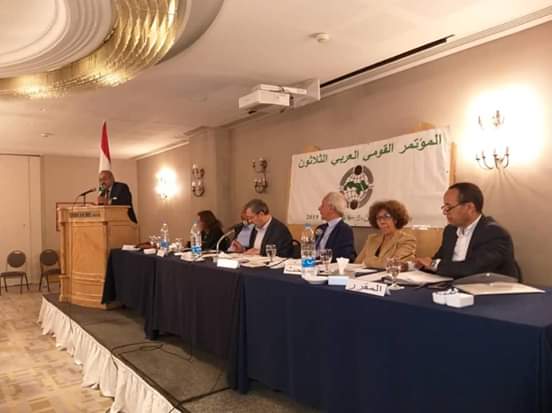 The General Secretariat of the General Conference of the Arab Parties affirmed that the strategic victories achieved by the Syrian Arab Army in Aleppo and Idleb have foiled a difficult chapter of the conspiracy hatched against Syria.

In a statement, Secretary General of Arab Parties Conference Qassem Saleh, expressed his appreciation of the sacrifices of the Syrian people and their brave army in liberating the entirety of Aleppo city and its suburbs after years of steadfastness and standing in the face of terrorism and destruction at the hands of armed terrorist organizations, which have received direct support from several states, most prominently the Turkish regime and the US occupation.

Saleh added that this triumph completed the previous achievements of the brave Syrian Arab Army and its allies.

He indicated that this liberation and the message that it conveys and its strategic and political achievements have dealt a strong blow to most of the projects that have targeted Syria.