The regime, backed by Iran and Russia have continued to advance, capturing more than 15 villages in the eastern Idleb countryside reports Baladi News. 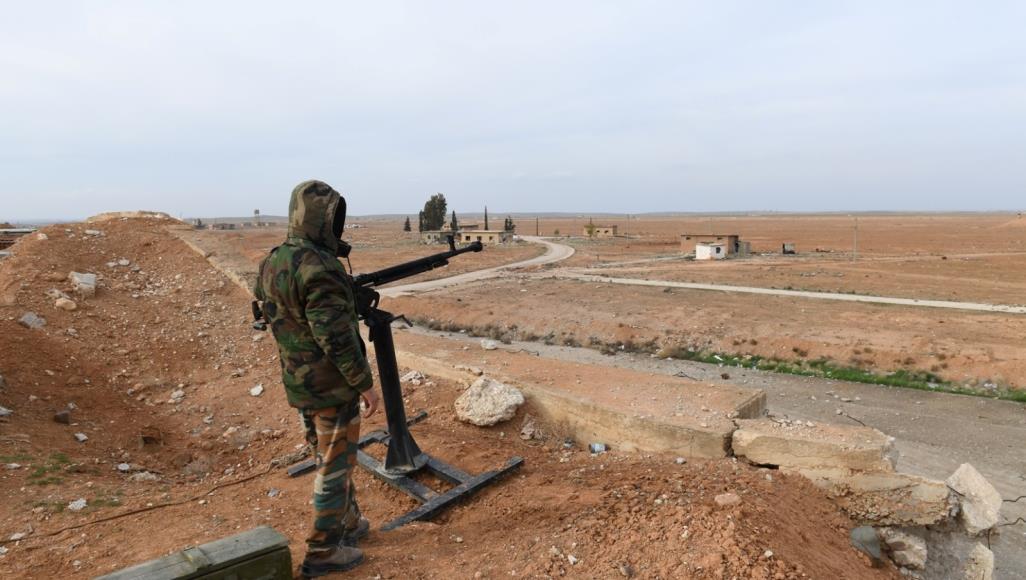 Regime forces and the militias backing them with Russian air support took control over more than 15 villages in the eastern Idleb countryside after midnight on Tuesday-Wednesday night, and are now a short distance from the Turkish observation point in Tel Touqan after heavy fighting with rebel groups.

A military source from the National Front for Liberation told Baladi News, “Assad’s forces, backed by Russian special forces, carried out a major and intensified military attack on the Louf and Tel Mardeekh and Tel al-Ruman areas, and managed to take control over the area after clashes with opposition groups.”

The source added that the fighting killed 13 regime and allied militia fighters and wounded 20 others, and said that the enemy’s forces had after that stepped up their military actions and intensified the artillery and air preparatory fire in the eastern Saraqeb countryside on the Abu al-Dahour front.

Moving to the al-Nayrab front, the source added that opposition forces had carried out a lightning raid on the enemy’s forces in Nayrab, during which they managed to destroy a tank and kill a group of enemy forces and return to their positions safely, according to the source.