Hezbollah commander Jaafar al-Sadek Harb has been buried in southern Lebanon, after being killing in an attack in Idleb reports Zaman al-Wasl. 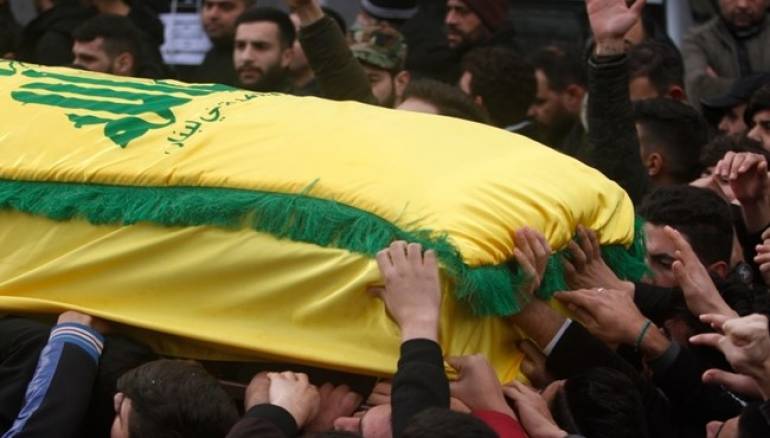 A funeral ceremony was held in southern Lebanon for a Hezbollah field commander Friday, the Iran-backed group announced.

Jaafar al-Sadek Harb was killed on the outskirts of Idleb on Thursday, according to a Hezbollah source.

A statement from the group said that “Hezbollah and the residents of Harouf held a ceremony to honor the death of Jaafar al-Sadek Harb, who died while carrying out his holy duty.

Regime-run media and opposition activists said rebels had launched a major attack on regime forces in Idleb on Thursday that Russia’s defence ministry said killed up to 40 regime soldiers and allied militants.

Russia’s defence ministry said that jihadists had seized two settlements in one of the offensives, which began on Wednesday, forcing regime troops to abandon some of their positions in the southeast of the so-called de-escalation zone under rocket fire.

Rebels and jihadists have killed more than 130,000 regime forces and allied Shiite militiants since the armed conflict erupted eight years ago with the brutal repression of protests against Assad, according to local monitoring groups.

All of the Shiite militias are working under the command of the Quds Force, which are responsible for the extraterritorial operations of the Islamic Revolutionary Guards (IRGC).