The main sticking points of the talks is the future role of the SDF and the governing of SDF controlled areas reports Al-Masdar. 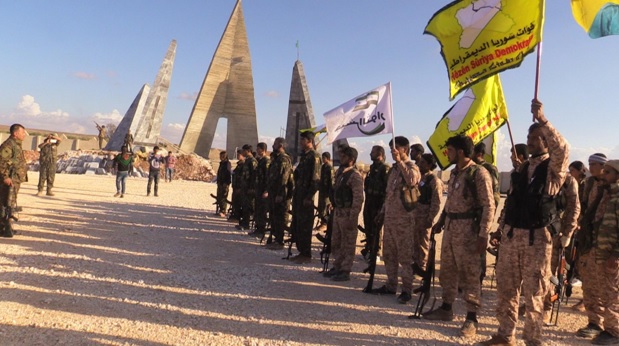 The Syrian government and the political wing of the Syrian Democratic Forces (SDF) may meet in the coming days to resume their peace talks and find a solution that leads to a political settlement, Al-Watan reported on Wednesday.

Citing a Kurdish politician, Al-Watan reported that fears of ethnic cleansing at the hands of the Turkish forces are at the forefront of the talks.

Past talks between the Syrian government and Syrian Democratic Council (SDC) ended with no agreements made, despite the fact both sides agree that there needs to be a political settlement.

One of the core issues is the future of the SDF, which both sides have different views on. The Syrian government wants the SDF to be dissolved and incorporated into the Syrian Arab Army (SAA), while the SDC has made a push to have their forces become border guards.

Another major issue has to do with the governing of SDF-held areas, which, again, has been unresolved due to differences. The Syrian government wants full authority over SDF-held areas, while the SDC prefers a more decentralized style of governance.

Since the Turkish military and their allied militants began Operation Peace Spring in October, the SDF have entered into an alliance with the Syrian Arab Army to prevent the Ankara-backed forces from seizing more territories in northeastern Syria.