Hope of reaching a solution were dashed when the Turkish Defense Minister ended meetings with Ali Mamlouk reports Brocar Press. 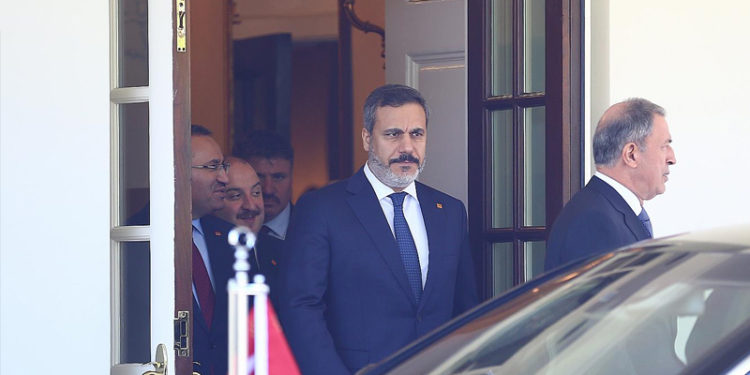 Turkish Defense Minister Hulusi Akar suspended a security meeting on Monday between the head of Turkish intelligence and Ali Mamlouk with Russian attendance.

In a statement to journalists, he said that Turkish institutions and officials were carrying out various activities at international forums, with the aim of preserving Turkish interests and contributing to peace and stability in the region.

He said that his country would, “continue to exert efforts to create peace and stability in the region and that Ankara would always support the principle of resolving problems by political means.”

With regards to Idleb, Akar said that, “Turkey wants peace and stability for Idleb and to stop the bloodshed and to return life to normal.”

The regime’s SANA news agency said that Russian officials attended the meeting without naming them and said that Mamlouk had demanded from Fidan that Turkey, “must fulfill its obligations to the Sochi agreement with regards to Idleb, signed on Sept. 17, 2018, especially with regards to clearing the area of terrorists and heavy armaments and opening the Lattakia-Aleppo and Aleppo-Hama highway.”