The movable and immovable assets of close friend of the regime Rami Makhlouf have reportedly been frozen by writes Jisr. 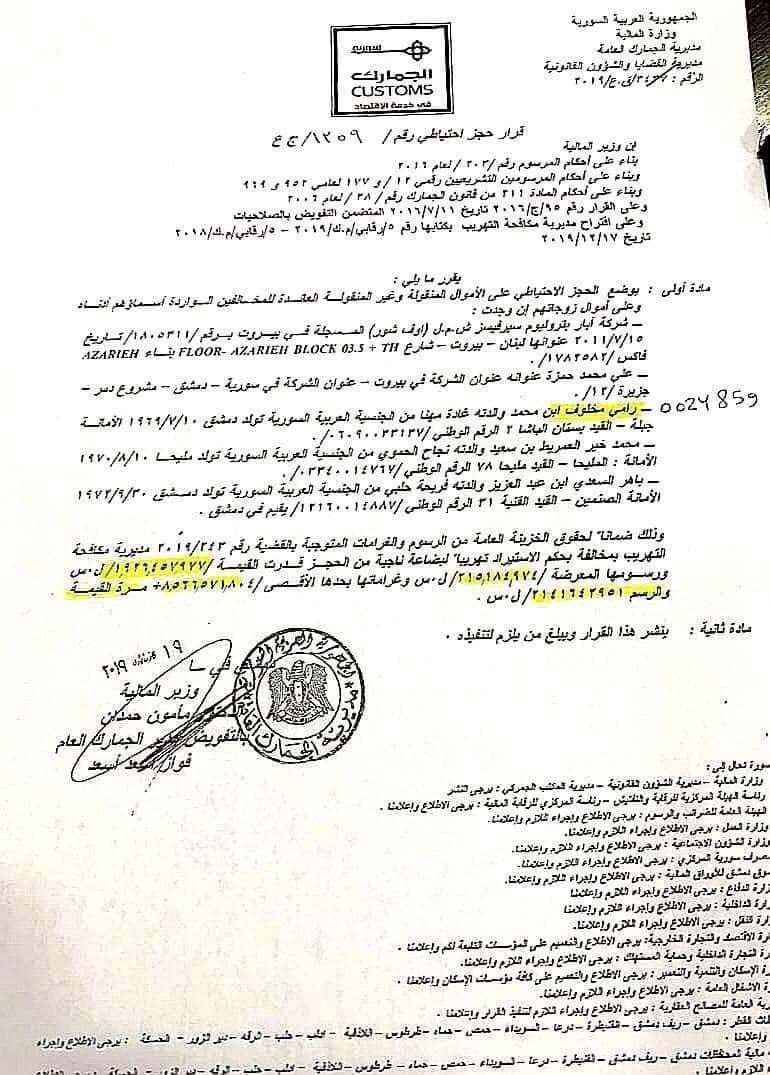 Local media are circulating an image of what they say it a decision to place a precautionary freeze on the movable and immovable assets of Rami Makhlouf, a financier close to the Syrian regime.

The text of the report, according to the image—the veracity of which Jisr could not verify—orders a precautionary freeze on Makhlouf’s movable and immovable assets, as well as those of Baher al-Saadi, Mohamed Khair al-Amrit, Ali Mohamed Hamza, and their wives, as well as the Ebaar petroleum services company registered in Beirut.

The text of the decision said that the freeze came to ensure dues to the public treasury in terms of fees and fines put forward in Case No. 243/2019 by the Anti-Smuggling Directorate for violating import laws by smuggling in goods worth an estimated 1.9 billion Syrian pounds, with fees of 215 million pounds, as well as fines of 8.5 billion pounds and other fees of 2.1 billion pounds.

The General Customs Directorate issued a decision to put a temporary freeze on the assets of businessman Tarif Abdel Basset al-Akhras—who is close to the president’s wife—and his sons, before then lifting his name through the mediation of Asmaa al-Akhras, according to sources at the time.

Loyalist circles have recently circulated stories about Asmaa trying to transfer the investments controlled by the Makhlouf family to her family members, led by Tarif, in the context of alleged preparations for her to take her husband’s place in the presidency with Russian backing.