President Bashar al-Assad has highlighted the importance of religion and the value that it has on society writes Hashtag Syria. 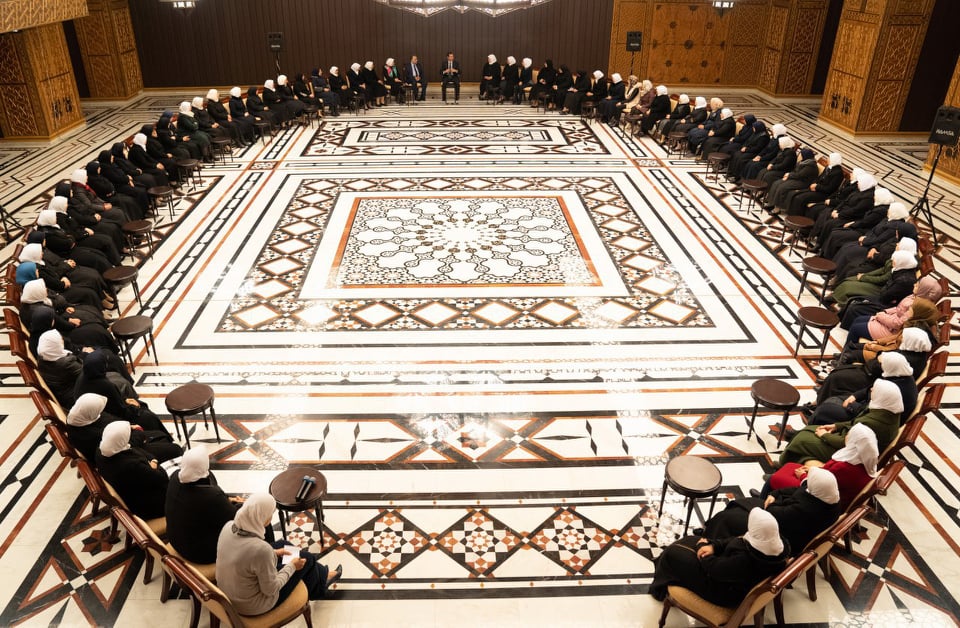 During the meeting, Assad stressed the importance of the roles played by religious institutions in strengthening the community from the inside by resisting erroneous concepts—whether those present in society or foreign to it, and carried by terrorist organizations—and by strengthening the essence of religion, which provides an ethical basis for society’s goodness, and the most important weapon for confronting and fighting terrorism.

According to the official Facebook page of the Presidency of the Syrian Arab Republic, Assad pointed to the need to increase efforts to confront the challenges in terms of how to link jurisprudence, knowledge, rituals and application, and how to stop those who want to spread extremist ideas in society.

For their part, the preachers expressed their intent to continue working to develop religious discourse and to perpetuate a culture of dialogue and to build a conscious human, contributing to the return of stability to the country and it improving. They said that the role of religious institutions in this respect was complementary to that of other institutions in society.