Three regime soldiers, who defied orders and fought against Turkey-back forces, are being investigated by the security forces writes Brocar Press. 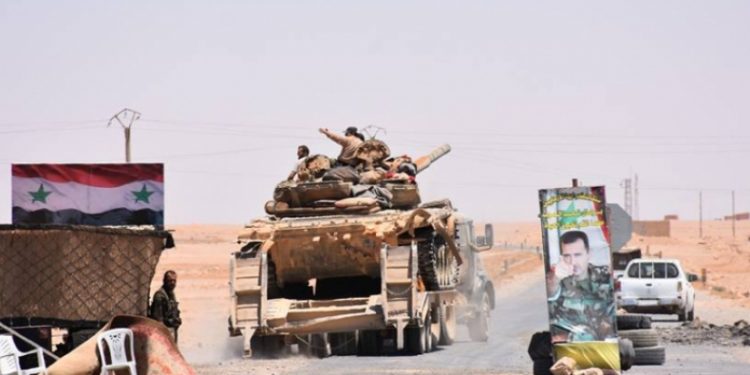 Media sources reported that Syrian regime security agencies have arrested three members from the regime forces in Ayn Eissa for taking part with the Syrian Democratic Forces (SDF) in repelling an attack by the Turkey-backed National Army on a town.

Security forces investigated an entire unit led by an officer who headed out in November to repel an attack by the National Army but then complied with orders from the regime operations room in the area and withdrew from the battle immediately—except for three members who refused to withdraw, according to the Syrian Observatory for Human Rights, quoting “trusted sources.”

The Observatory added that regime forces had orders not to fire a single bullet against Turkish forces.

Regime media reported that the Assad’s forces had repelled an attack by the National Army on Ayn Eissa on Oct. 23, 2019.

However activists in response said that regime forces had withdrawn and had isolated themselves from the fighting which Turkey was supporting, according to Brocar Press on social media at the time.

In northeastern Syria there are six forces: Russia and its ally the Syrian regime, the SDF with the International Coalition, and the National Army, backed by Turkey.

Earlier, video recordings and images of American military convoys passing through regime checkpoints lit up social media with the regime head Bashar al-Assad continuing to describe the Americans and Turks as occupiers, while preventing his forces from clashing with them.