Daraa is witnessing fresh protests, with resident demanding the fall of the regime and for the fates of the disappeared to be revealed writes Brocar Press. 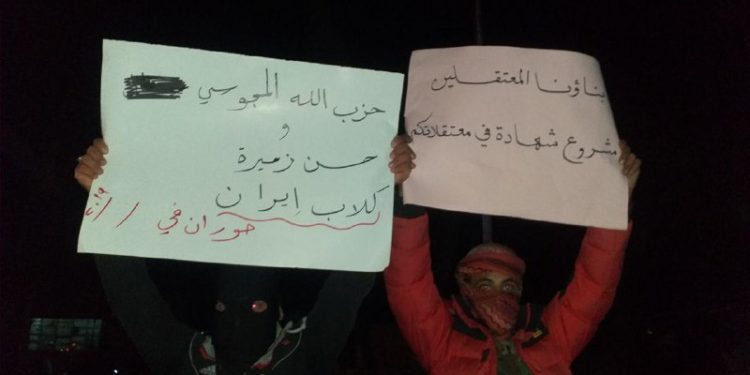 On Tuesday evening, dozens of young men in the western Daraa countryside went out on demonstrations, calling for the downfall of the regime, the removal of Iranian militias from the area, and the release of prisoners.

Brocar Press’s correspondent in Daraa said that dozens of young men went out to an evening demonstration and roamed various streets in towns and cities including Tafas, Tel Shihab, Zeizoun, al-Ajmi, al-Mazereeb, and al-Yadouda in the province’s western countryside. They called for the fate of detainees in regime prisons to be revealed and also called for the downfall of the regime.

The chants raised by the demonstrators included, “Freedom forever, in spite of you Assad,” and “We don’t want your shabiha checkpoints—they are a roadblock to our livelihood,” and “Our imprisoned children are being martyred in your jails,” as well as chanting against the presence of Iranian militias in Daraa.

Daraa province saw tension and protests in the town of al-Shajara a few days ago and a similar demonstration in the town of Atman a week ago with a protest against the practices of the regime forces in Daraa province, with people calling for the release of prisoners.