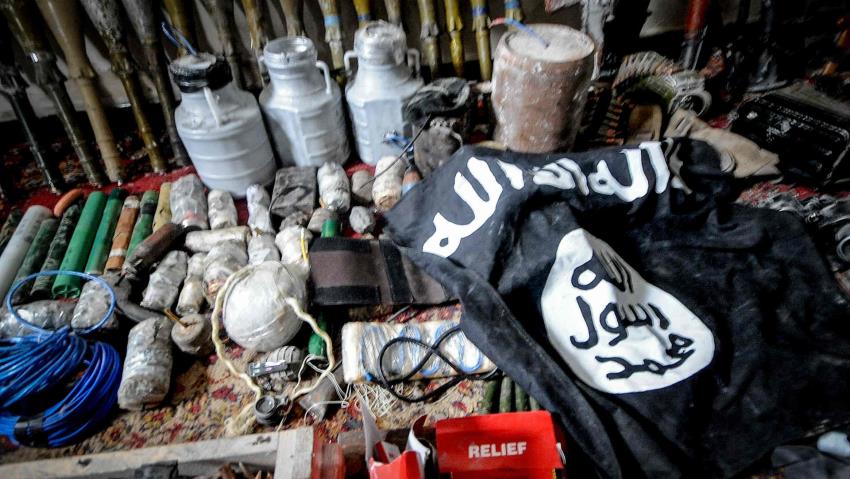 An estimated 15 pro-Syrian regime and Kurdish fighters including members of Iranian and Afghan militias, were killed overnight on Sunday in a string of attacks attributed to the Islamic State group, including explosions and shootings across Deir az-Zour province in eastern Syria.

The attacks came amid fears of an IS revival, spurned by the their leader Abu Bakr al-Baghdadi’s assassination in a US special forces raid last week, and upon the withdrawal of American troops from Syria.

Three regime soldiers were killed after a landmine explosion in the village of Tabia Jazira in rural Deir az-Zour province, according to local news network Deir Ezzor 24.

IS laid vast amount of landmines when it was forced to retreat from its former territory across Syria and Iraq, which have since killed hundreds of civilians and soldiers especially in the Deir az-Zour region.

Three members of the al-Sanadeed militia, affiliated with the Kurdish-led SDF were killed by unidentified gunmen on Sunday near the village of al-Yarabiya in rural al-Hass, in the north-east corner of Syria.

In a separate development, checkpoints manned by the Afghan Fatimiyoun militia and the Iranian Revolutionary Guard’s (IRGC) 47th Brigades, both fighting alongside Syrian regime, were also attacked by IS, killing at least eight fighters near the town of Al-Bukamal on the southeastern border with Iraq.

Several local and foreign militias, including Iranian, Afghan and Pakistani forces, are stationed on the southeastern border areas, where IS still operate in pockets.

The deployment of these pro-regime militias has also prompted many families and civilians to flee from the area, as they are frequent targets of IS cells, as are the SDF in northeast Syria.

Eastern Syria is mainly comprised of vast deserts, meaning IS cells can operate from hideouts, carrying out sporadic deadly attacks before retreating into the wilderness.

The militant group were ousted from their final stronghold Baghouz, on the southeast border, in March 2019.