The regime's forces have continued their attacks on rebels the de-escalation zone, but their attempts have been thwarted reports Zaman Al Wasl. 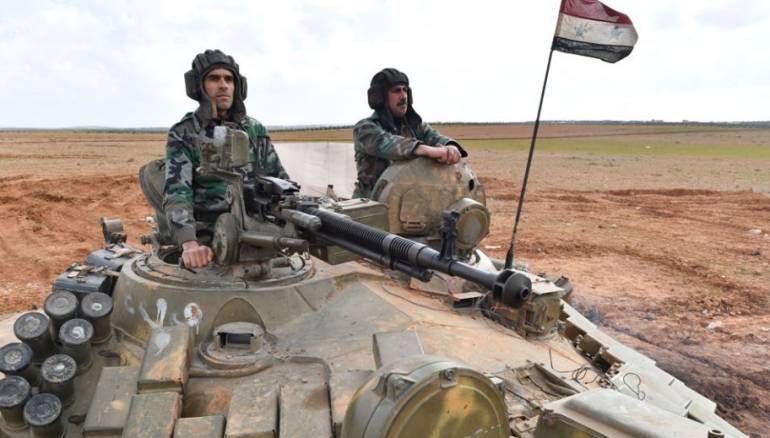 The Syrian regime backed by Russia has been mobilizing troops in the southern countryside of Idleb, seeking to take the last rebel stronghold located between Idleb and coastal province of Lattakia, field sources told Zaman al-Wasl.

The new move came as rebels showed resistance by thwarting several incursion attempts by the regime forces and allied Russian Special Forces in the southern countryside of Idleb and strategic al-Kabana hilltops in Lattakia in the last few weeks.

Clashes were been reported on Sunday in the Tel Ja’afar area as Russia’s forces use advanced military equipment backed by heavy artillery fire.

Rebels also clashed with regime forces in the al-Kabana area in the northern countryside of Lattakia as the regime pushed forwards to cut a supply route between the rebels of Idleb and Bashar al-Assad’s hometown coastal region.

The artillery and rocket attacks continued in the Idleb region, which is home to some three million people.

Three women were killed and four children wounded on Friday when the regime’s artillery fire struck the Jisr al-Shughour region.

On Thursday, the regime attacked a marketplace in the village of al-Janudiya near the Turkish border, leaving 10 people dead and 14 wounded, according to the White Helmets.

The de-escalation zone is currently home to some four million civilians, including hundreds of thousands displaced in recent years by regime forces from across the war-weary country.

Meanwhile, Turkish Defence Minister Hulusi Akar was quoted by state media on Wednesday as saying that talks between Turkish and Russian officials, about developments in northeast Syria, have concluded and the two delegations have “largely” reached an agreement.

On Tuesday, Turkish President Tayyip Erdogan said Russia had informed Turkey that the Syrian Kurdish YPG had left a planned “safe zone” within a deadline set by Ankara and Moscow. Under their agreement, Russia and Turkey were then due to start joint patrols.

“Inter-delegation talks with Russia were concluded a short while ago. An agreement was largely reached. Our efforts continue in a mutually constructive, understanding way,” Akar was quoted as saying by the state-run Anadolu news agency.

Bashar al-Assad, who now controls around 60 percent of the country, has vowed to reclaim the rest, including Idleb.