As the first session of the constitutional committee approaches, Pedersen affirms that the process will be led and approved by the Syrian themselves, with international support writes Brocar Press. 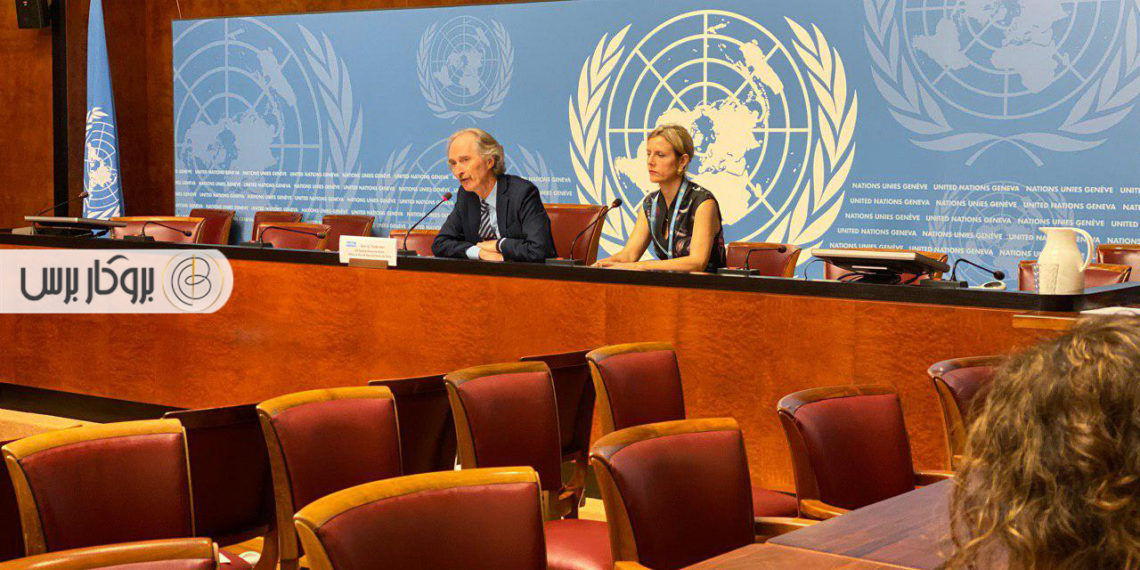 The UN Special Envoy to Syria, Geir Pedersen, said in a response to a question from Brocar Press in Geneva, regarding the implementation mechanisms being agreed upon for the constitution committee meetings, that, “the Syrian constitution must be approved by the Syrian people. The issue of implementation that will be agreed upon is up to Syrians themselves and we are keen for that to be done with the support of the international community.”

Pedersen spoke during a press conference held on Monday afternoon at the UN headquarters in Geneva, where he announced that the work of the constitutional committee would begin Wednesday with the attendance of the United Nations and representatives of the current members in the Security Council.

Pedersen said that the constitutional committee was an important step toward a “new Syria”, but stressed that the committee alone could not resolve the conflict in Syria.

Expressing his hope that tangible results would appear in the near future, Pedersen declined to predict a date for the committee’s work to end.

Pedersen said that the, “constitutional committee should send a message of hope, to end the suffering of the Syrian people,” and noting that there were tens of thousands of prisoners and forcibly displaced and kidnapped. He added that he “appealed for the early release of women and children” in trust building steps.

Pedersen urged for aid to be given to save the “divided and destroyed” country.

Pedersen said that the committee’s first session would be held on Wednesday in the presence of opposition and regime delegations and civil society representatives.

The meeting of the small committee, composed of 45 members, would begin with the end of the sessions with 150 members. Regarding the duration of the meetings, the UN envoy said that several proposals would be decided upon with the joint heads of the opposition and regime delegations and members of the civil society delegation.