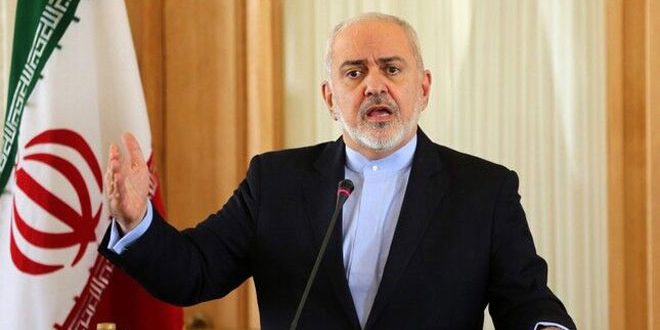 Iranian Foreign Minister Mohammad Javad Zarif expressed his country’s rejection of the Turkish aggression on Syrian territory, reiterating the need to respect the territorial integrity and national sovereignty of Syria.

Turkish regime’s army on Monday evening launched an  aggression on a number of areas in Hasaka northeastern countryside, targeting  a site near Simalka illegitimate corridor on the Syrian-Iraqi borders and Tal Tawil in the countryside of al-Malkiya area  where separatist Qasad (SDF) militias are positioned.

During a phone call with his Turkish counterpart Mevlut Cavusoglu, Zarif emphasized the need to fight terrorism and bring stability and security to Syria.

The implementation of the Adana agreement is the best option for Syria and Turkey, Zarif said.