A new initiative in the battered province of Idleb is working to help those who have been displaced from their homes by the violence writes Brocar Press. 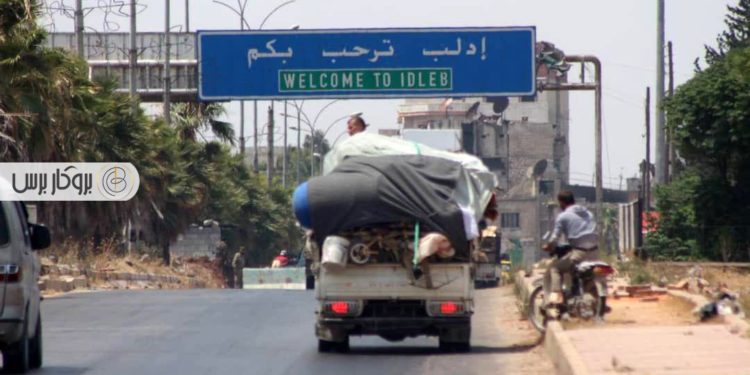 A number of Idleb activists launched an initiative called Idleb Maakom (Idleb With You) to provide various types of assistance to displaced families, relying on personal and private initiatives.

With the increasing number of displaced people coming from the escalation areas in the southern countryside of Idleb and in the northern countryside of Hama, and the worsening crisis of the displaced and their poor conditions, many popular initiatives have emerged to alleviate their pain and suffering.

A number of young people and residents of Idleb have launched the Idleb Maakom campaign to provide emergency humanitarian assistance to the displaced from southern Idleb areas.

This kind of initiatives is now necessary as the situation of IDPs worsens and their numbers soar, amid the inability of civil institutions and organizations to provide a full appropriate response to them, according to one of the activists involved in the campaign.

Ahmed Ghajar explained that the initiative was initiated spontaneously by the activists and youth of the city. The aim is to provide in-kind assistance of basic furniture for families (sponge mattresses and blankets) as well as meals on the roads and at the entrances of the city. The campaign tries also to provide accommodation for families in the city or its outskirts.

Since the Syrian regime began its military campaign against Idleb with Russian support, more than a million people have been displaced by bombings, many of them sheltering under the shade of olive trees, amid very poor humanitarian conditions.