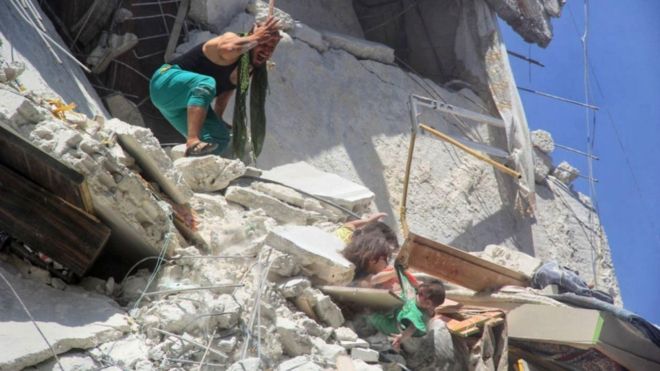 The opposition delegation participating in the Astana talks is backing down from its decision to boycott the upcoming talks, which are hosted in the Kazakh capital, Nur-Sultan, five days after the Syrian Negotiations Committee announced it was suspending participation in the talks until the military escalation stopped in northern Syria—which has of course not been achieved

A commander in Faylaq al-Sham, Major Yasser Abdel Raheem, said in a press conference on Tuesday in the city of Afrin, which is controlled by Turkish forces and rebel groups, that an opposition delegation would participate in the upcoming round of Astana talks, claiming that, “there are two battles—one on the ground and the second political. We will take part in the political battle abroad and defend the rights of our people and prisoners and displaced and our brothers beneath the olive trees.”

Abdel Raheem justified the decision to take part by saying that, “the regime hopes we will decline to take part so that it can monopolize the political stage. But we will not let the regime monopolize political sessions. We will go and we will demand our people’s rights and we will not give up on the prisoners.” He continued: “We are not afraid of the Russians and we will raise our voices so that everyone knows that the Russians are killing our people amid a great silence from the international community.”

Following these statements, some people made fun of them, with some commenting that the delegation taking part in the Astana track and representing the opposition groups had “become fully dependent on the orders of the Turkish guarantor” and that this delegation “does not make the decision whether to boycott or participate” and said that “the decision that was announced was written in a sealed envelope coming from Ankara.”

The head of the Negotiations Committee, Nasr al-Hariri, had announced last week that the opposition delegation’s participation in the Astana track was suspended, tweeting that, “The political process has stopped and we have likewise stopped all forms of communication with the Russians, so long as the military escalation continues and there is a lack of seriousness for a political solution.”