The Syrian National Coalition discussed recent political developments, unfolding events in Idleb and the situation for refugees in Turkey. 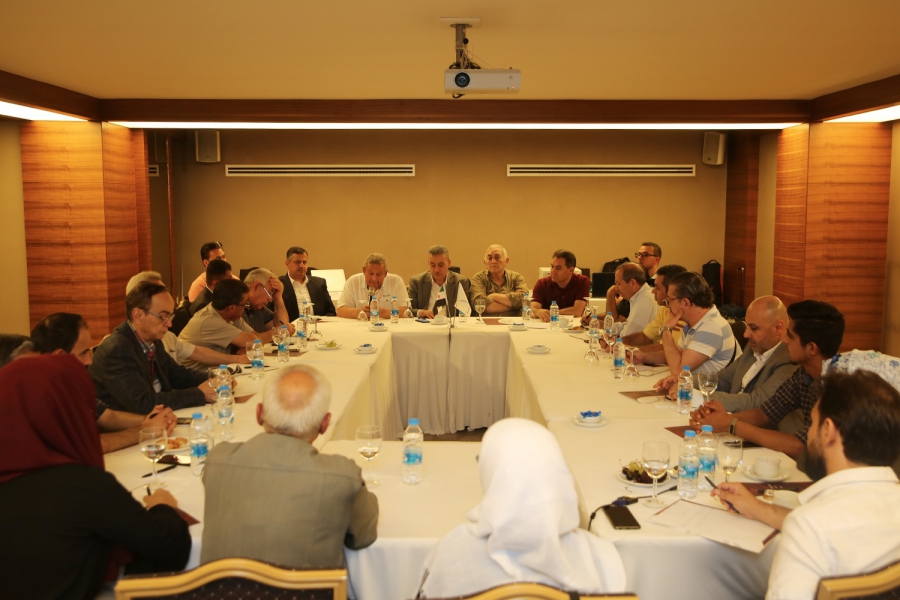 The Syrian National Coalition’s political committee met with representatives of political parties and bodies. The meeting was characterised as having a high level of interaction, with all sides stressing the need to hold more of these meetings, especially at this stage.

Following the welcoming speech by the Coordinator of the Office of Political Parties and Bodies, Abdullah Kaddo, the Vice-President of the Coalition, Okab Yahya, spoke about the Office’s plans for communication and interaction. They also talked about the Coalition’s most important plans of action for the current and upcoming phases, most notably the plans to reach out to all the opposition political parties and movements as well as to discuss all proposals and suggestions.

Members of the political committee, Nazir al-Hakim and Mohammed Yahya Maktabi gave a detailed overview of last week’s meeting with the Turkish Interior Minister, Süleyman Soylu, and the most important points that were agreed upon, most importantly the agreement to form a joint committee to discuss and address the situation of Syrian refugees in Turkey.

They also discussed the nature of this committee and stressed the Coalition’s keenness on engaging civil society activists and organizations interested in this issue.

Moreover, Hakim and Maktabi underscored the importance of holding further meetings, including with the Governor of Istanbul, the Turkish Ministry of Labor, and the governors of Turkish provinces that host a high percentage of Syrian refugees.

Hadi al-Bahra, a member of the political committee and the Syrian Negotiations Commission, gave a detailed overview of the latest political developments, the current situation in Idleb, and possible scenarios for the future of the region.

Bahra also touched on the developments in the political process and the formation of the Constitutional Committee. He also talked about agreed upon independent members of the Committee, the joint chairmanship, and the mechanisms for voting. He stressed the importance of beginning with the creation of a safe environment and the Coalition’s vision for a political solution.

The Secretary-General of the Coalition, Abdul Basit Abdul Latif, and member of the political committee, Abdul Majid Barakat, gave a briefing on the meeting with the US Special Envoy for Syria and the most important points that were discussed.