The death toll from a recent explosion in the town of Azaz has now risen to 22, with officials saying that there is a security deficiency in the area reports Al-Hal. 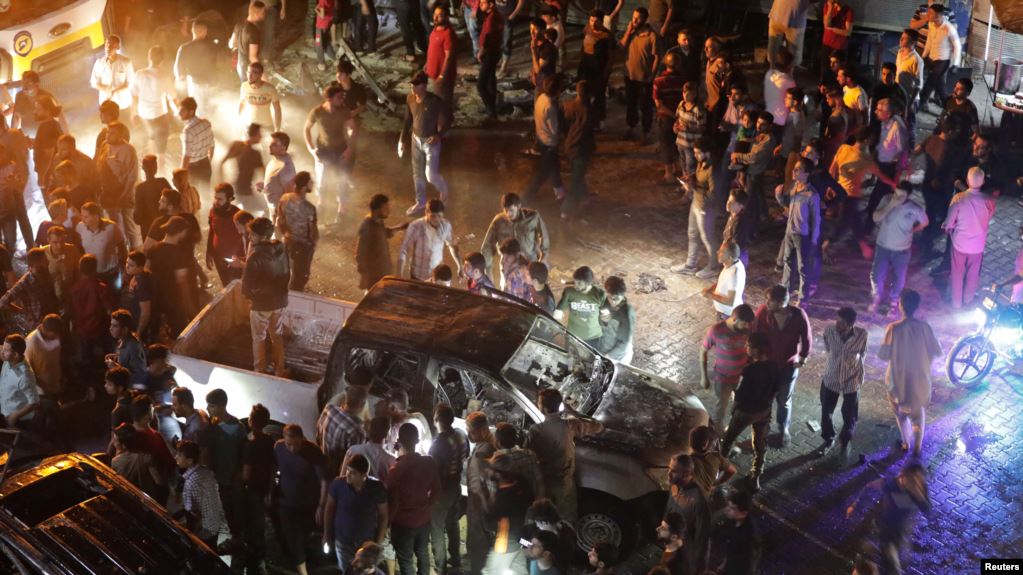 The toll of a terrorist bombing that struck the town of Azaz in the northern Aleppo countryside on Sunday evening rose to 22 civilians, including five children and two women, as well as four unidentified people, all of whom died during a car bomb that coincided with worshippers leaving Tarawih prayers in the al-Hadadin area near the al-Matim mosque in the city center.

Local sources predicted that the toll would rise because there were wounded in a serious condition.

Sources told the Al-Hal website that the number of victims was high because the blast occurred in the center of the al-Hadadin market, where there are many food and clothing stores, and which sees high levels of traffic before Eid.

The blast caused fires to break out in stores and set fire to vehicles and burned the corpses of some of the dead. The car bomb was followed by a second blast in a nearby area during rescue operations, which was the result of a military vehicle loaded with explosives catching fire.

Immediately after the blast, many areas of northern and northeastern Aleppo saw increased security measures coinciding with leaks that spoke of there being more cars and motorcycles prepared to explode.

After a meeting in Jarablus, officials from the police and military commanders acknowledged that the blast proved there was a security deficiency in Azaz.

After the meeting, orders were issued preventing the local market in Jarablus from being opened to prevent any potential targeting, and in a statement, community leaders called for, “an adherence to instructions and preventing any cars or machinery to enter the market to prevent blasts from occurring.”