Syrian poet Anas al-Abbas has been missing for forty days and it is not known who has him or where he is being held reports Zaman Al Wasl. 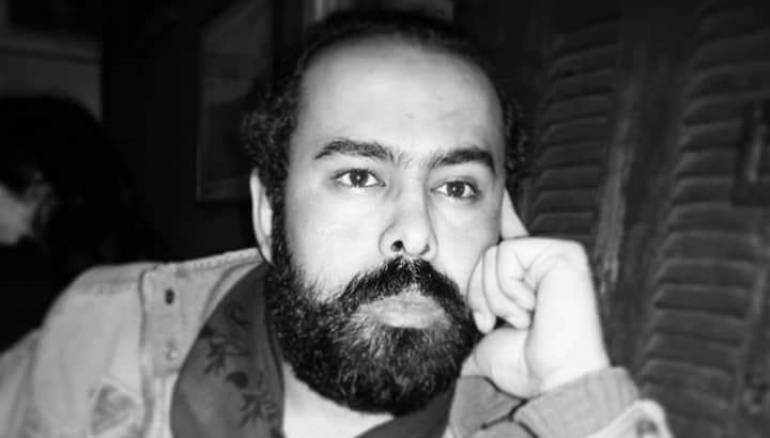 Forty days after his abduction in the Lebanese capital of Beirut, the fate of the Syrian poet Anas al-Abbas is still unknown, according to his friend and journalist Amer Matar.

The 37-year-old Abbas was kidnapped from a hostel in Ain Mraiseh district in central Beirut when a group of men entered the hotel and led him to an unknown location.

According to Matar, no information was revealed about Abbas by the owners of the hotel or even the other guests. Some believed that he might be in Verdun police station, but the news is unconfirmed, he added.

A Lebanese lawyer assured to Matar three weeks ago that Anas was not in police custody.

The poet’s family, who were not aware of his abduction and were surprised by the news, tried to communicate with many influential people and officials in Lebanon, to no avail.

Cases of Syrians being abducted in Lebanon have recently become quite frequent, with an absence of intervention by the Lebanese authorities and silence from the Lebanese media.

Activists called on the Lebanese government to take responsibility and to disclose Abbas’ fate, whether he is detained by one of the security services, to be presented to the judiciary in accordance with the law and the minimum humanitarian standards; or if he was kidnapped by a political party that owns an intelligence service and prisons. They also appealed to all human rights institutions such as the United Nations High Commissioner for Refugees (UNHCR) and civil rights activists.

Abbas, who was born in Raqqa and studied Arabic literature, has been writing poetry for a long time and has been published in many newspapers and magazines. In recent years, he has worked for a number of publishing houses in Beirut, reviewing and editing manuscripts and that he has a lot of research.

Before being kidnapped, Abbas was preparing to travel to Germany with a scholarship from the German PEN Center. He was also preparing to print a book that was due to be published before his abduction.

The UNHCR claims 948,849 Syrian refugees are registered in Lebanon, however, actual figures from municipalities and central government report that figure is closer to 1.8 million refugees.