Sheikh Maamoun Rahmeh is believed to have been imprisoned in Adra Central Prison, after being arrested on charges of insulting the Minister of Religious Endowments reports Sowt al-Asima. 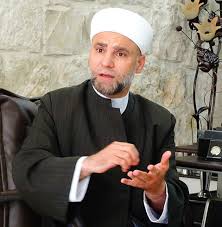 Sowt al-Asima has learned from sources that the Syrian regime has put the former preacher at Umayyad Mosque, Sheikh Maamoun Rahmeh, in Adra Central Prison, after he was arrested in Damascus by regime intelligence.

The network’s sources said that Rahmeh’s arrest came after he insulted the Minister of Religious Endowments in the regime government, Abdel Sattar al-Sayed, after the Ministry removed Rahmeh from his post at the Umayyad Mosque in Damascus.

Sources said that Rahmeh was currently in the Adra Central Prison, pending the completion of investigations.

The Ministry of Religious Endowments issued a decision to remove Rahmeh in mid-April after a sermon at the Umayyad Mosque that was met with great irony in pro-regime circles, in which he discussed the fuel crisis that has struck the country.

A page with Sheikh Maamoun Rahmeh’s name on Facebook carried out a heavy attack after the decision to remove him from his position, attacking the Ministry of Religious Endowments and a number of Damascus sheikhs, but Rahmeh denied that he had any social media page.