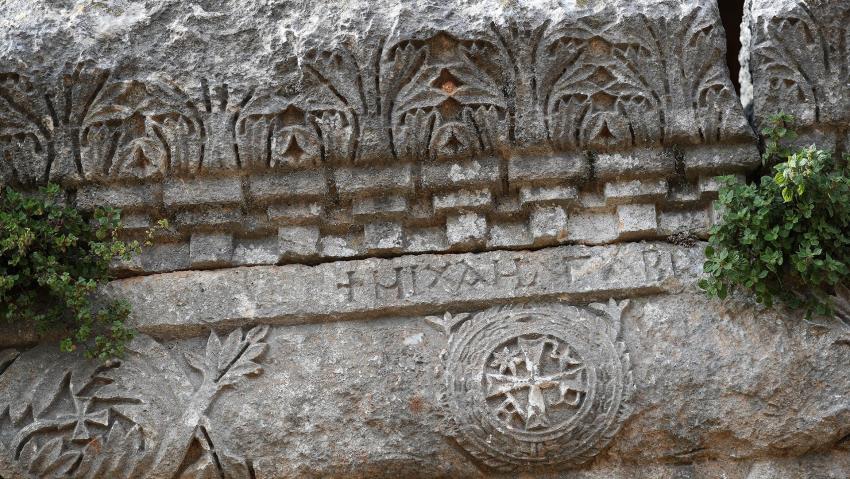 Local sources told Al-Araby al-Jadeed that planes bombed the Deir Lozeh historic site near the town of Ihsem, targeting its ancient columns with thermobaric weapons, which caused intense damage to the ancient structure.

The Deir Lozeh site includes an ancient church with carvings depicting the life of Christ and two Byzantine palaces, as well as a historic road linking its buildings and wells.

On May 4, 2019, Russian warplanes bombed the historic Sarjila site in Idleb province, which also contained a Byzantine palace, causing some damage.

Rebel-held Idleb province, which is regularly bombed by the Assad regime and its Russian ally, is home to many historic sites. This includes the ancient city of Ebla and the 5th Century Qalb Lozeh Cathedral, which is considered an architectural forerunner of Paris’ Notre Dame Cathedral.

Dozens of historic sites have been bombed by the Syrian regime throughout the course of the eight-year war, which began in 2011. The situation worsened after Russia intervened militarily on the regime’s side in 2015.

Since last month, the Syrian regime, assisted by Russia, has been engaged in a ferocious assault on Idleb province, despite a September 2018 ceasefire agreement. Hundreds of people have been killed and more than 180,000 have been displaced.

On Monday, five women and a child were killed when an air raid struck the town of Ariha with at least ten people trapped under the rubble.