After years of inactivity, Kuweires airbase in Aleppo province has reopened, although they a suffering from a lack of aircraft after many were destroyed at Keshish in 2013 and at Kuweires during the siege reports Zaman Al Wasl. 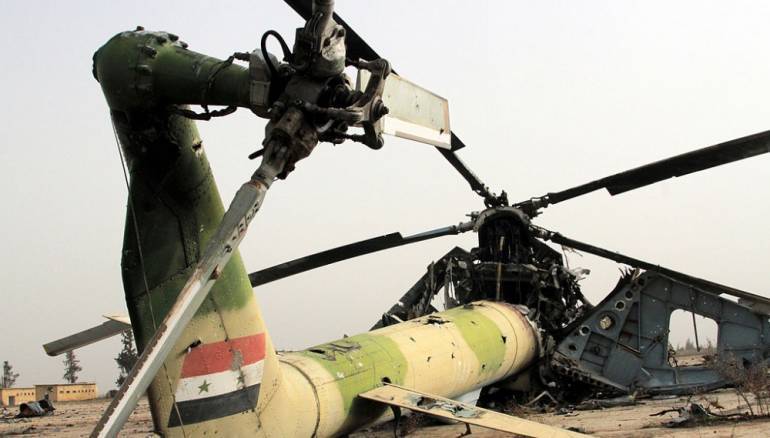 Air Force officers and military personnel from of the regime’s Military Air Institute have moved to Kuweires airbase in northern Aleppo province to operate the base once again after years of siege and shutdown, sources told Zaman al-Wasl.

Most of the Air Institute’s aircrafts are the L39 model, which operated from Shayrat airfield in Homs, Tayfor (T4) and al-Nayrab airbases, and recently returned to Kuweires.

Kuweires has been the main airport of the Aviation Institute since 1972. It is followed by Keshish (al-Jarrah) to the east and Meneg air base north of Aleppo.

The Institute now suffers from a lack of aircrafts ready to train new pilots, as well as pilots who graduated last year and who are still affiliated with the Institute because their training is yet to be completed.

The most recent graduates (with the rank of lieutenant) do not exceed 25 hours of flying, knowing that their planned training program exceeds 100 hours. This is because of the lack of aircrafts, as the Air Force planes participated in the bombing of Syrian cities and towns that have rebelled against the regime in recent years.

The total number of the institute’s aircrafts is 22, although they did number 100 L39 aircraft, most of which were ready at the beginning of the revolution, and a large part of which were destroyed at Keshish in 2013 and at Kuweires during the siege.

The Institute’s aircrafts operated at most airports in Syria, such as al-Tabaqa, Deir ُez-Zor, Hama, Shayrat, Tayfor, Palmyra and Dumayr, at different times of the revolution due to the readiness of the aircrafts and fighter jets in the air force.

The Aviation Institute have suspended courses since the summer of 2013 after the siege of Kuweires and the fall of the Keshish and Menagh. But the need for pilots for the L39 jets pushed for the establishment of a mini-institute in 2016 at the Shayrat airport, in order to train new pilots.

Two classes graduated, with 60 to 70 flight lieutenants in each, after one year each instead of three years between 2017 and 2018.