The Syrian opposition has said that meetings between Russia and Hay'at Tahrir al-Sham point to a lack of willingness to attack Idleb writes Al-Quds Al-Araby. 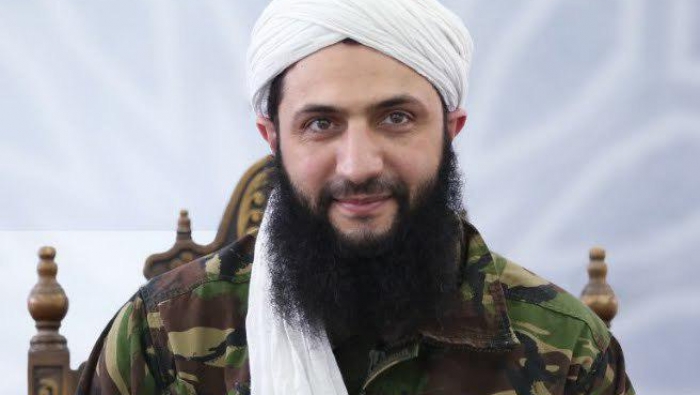 A Syrian opposition member has revealed that several secret meetings have been held between the Russian army and the command of Hay’at Tahrir al-Sham on the outskirts of Idleb province before and after Turkish observation points were deployed there.

The official spokesman for the opposition delegation in Astana, Ayman al-Asmi, said that Jolani, or his representative, had met with Russian forces on the outskirts of Idleb province more than three times before and after the Turkish observation points were deployed, and that Moscow considered the group to be a force with weight on the ground and wanted to know its demands given that most of its members were Syrians and not all foreigners.

Asmi added that: “Hay’at Tahrir al-Sham and the Syrian opposition are in one geographical spot and there needs to be dialogue or discussion between them. This can be inferred from the deployment of the Turkish observation points, which were deployed without any disputes on the ground. In the end, we do not want a battle—not with Tahrir al-Sham or any other entity. The reason is that in any battle, civilians pay the price.”

He said, “Tahrir al-Sham’s project and the Assad regime’s project are totally rejected in favor of the Syrian national project, but in the end we need to reach a compromise that protects civilians and does not force them to be displaced. If the breaches by Iran and Russia continue in northern Syria, this will be evidence of their efforts to derail the Astana process. They have the ability to pressure the regime to stop its indiscriminate attacks on civilians.”

He added: “The Russians are not serious about a ceasefire in the de-escalation zone. If they wanted to, they could end Assad’s rocket and artillery attacks. But what we’re seeing is the opposite of that, where they use long-range weapons from the Mediterranean Sea to strike civilians targets in northern Syria.”

According to Asmi, Moscow has been persuaded that military action against Idleb isn’t possible because of the fixed Turkish position around the area. Russia is trying to find new means of resolving the Idelb issue in terms of the groups that are present there, and in terms of the ongoing bombardment. Politically, the Russian and Turkish presidents’ statements have been clear that there will be no attack.

The opposition spokesman saw the military escalation on Idleb as Russian attempts to improve bargaining conditions, whether with regards to the matter of prisoners in regime prisons or opening vital roads and crossings. Russia knows that this bombardment will not produce any military action or advancement toward areas in the province, but it wants there to be a price for them, and to advance specific wishes and aims of Moscow.