Since the southern province of Daraa was recaptured by government forces, efforts have been made to kickstart the factories that had been lying dormant reports SANA. 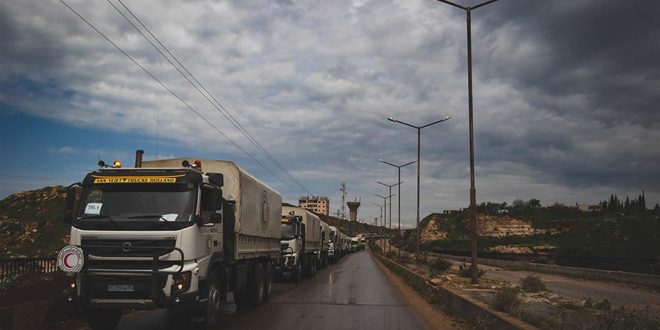 The industrial sector in Daraa continues to recover as more support and facilitations are provided, which reflected positively on the job market and the number of industrial and handicraft facilities that have resumed production, after the elimination of terrorism in the province by the Syrian Arab Army.

The Director of the Industry Department in Daraa, Abdelwaheed Awad, said that many of the industrial facilities have resumed production, benefiting from the considerable facilitations provided by the government, particularly facilitations for civil and private projects and creating new job opportunities.

Awad said that many industrial facilities had been shut down due to terrorist activities in the province, which included vandalism and looting.

He said that around 2,500 workers have returned to work in 250 industrial facilities. Before the war, there had been 659 facilities operating in the province.

Mazyad al-Omary, the owner of a dairy production facility in the town of Jbab, pointed out that, after an eight year hiatus, he had managed to repair his facility and resumed production, now that safety and security have been restored, and that the facility provides 55 job opportunities.

On a different note, the Syrian Arab Red Crescent (SARC) started to distribute humanitarian aid among the locals and the displaced who have returned to their hometowns in the southern province of Daraa.

SARC said in a statement that a convoy of humanitarian aid, consisting of 35 trucks, was distributed among the neighborhoods of Daraa al-Balad, Daraa Camp and al-Sad Road.

The statement indicated that the aid is provided by the International Federation of Red Cross and Red Crescent Societies (IFRC), UNICEF and the Danish Refugee Council (DRC).

The Syrian Government works to provide the required facilitations for the delivery of aid to the needy and those who have been affected by the terrorist war waged against Syria.

Thousands of food baskets have been distributed across different villages and towns in Daraa province, since the region was liberated from terrorism by the Syrian Arab Army.