Since the government took control of the south, Syrian refugees have been returning to their towns and villages via the Nasib border crossing writes SANA. 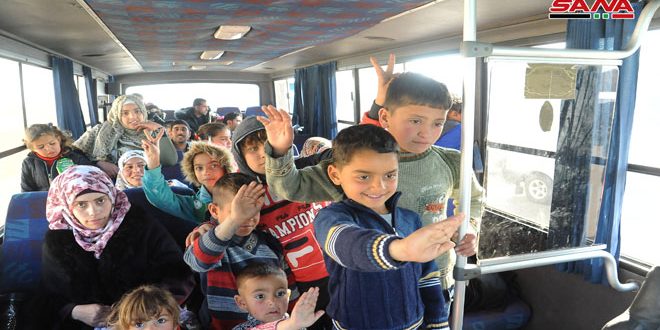 On Wednesday, the latest batch of displaced Syrians returned home from the camps in Jordan, via the Nasib border crossing, in line with the Syrian government’s efforts to return those who have been displaced, back to their homes, following the expulsion of terrorists.

After crossing into Syria, the displaced were transported by bus to their towns, which were liberated from terrorists by the Syrian Arab Army.

A number of the returnees expressed happiness, as their suffering in the camps had come to an end, and thanked the army for purifying their regions from terrorism.