Hezbollah has joined regime forces in fighting opposition forces in and Hay'at Tahrir al-Sham in the Aleppo countryside reports Al-Modon. 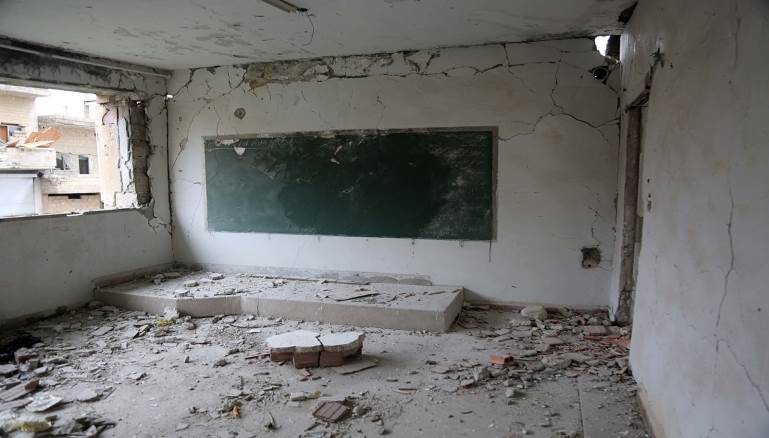 On Tuesday evening, the fronts between regime militias and the armed opposition on the outskirts of Aleppo witnessed heavy clashes amid artillery, rocket and mortar fire that was exchanged between the two sides. Regime militias brought military reinforcements to the front, with the Lebanese militia Hezbollah contributing to the bombing of opposition positions.

A military source in the Faylaq al-Sham told Al-Modon’s correspodnent, Khalid al-Khatib, that regime militias had tried to slip toward opposition positions on the al-Rashidein, al-Mansoura and al-Bahouth al-Almiyeh fronts, northwest of Aleppo. The militias repeated their attempts in the northern outskirts on the al-Malah and al-Zahraa Association fronts. According to Al-Modon’s source, “The hostile groups were dealt with in direct clashes and their attack was foiled.”

Hay’at Tahrir al-Sham struck the regime militias on the outskirts of the Zahraa Association and Artillery Brigade fronts in Aleppo with snipers and heavy machine guns and bombarded the militia positions at the Iranian observation point at the Military Academy in the al-Hamdaniyeh district.

The pace of Tahrir al-Sham’s bombardments of militia points has picked up recently. The bombardment is part of the operation launched by the group under the name “Heal the Hearts of the Believers”, which it has struck militia positions with artillery and mortars in the al-Howeiz and Associations areas in the southern Aleppo countryside, as well as a number of areas in the Jabel al-Turkman area in Lattakia and Jourin and areas in the northern Sahel al-Ghab.

The regime militia bombardment is ongoing and has struck more than 30 cities and towns in the countrysides of Idleb, Hama and Lattakia.

New Russian forces are deployed in the town of Tel Salba and Qubaybat Abou al-Hoda in the western Hama countryside, in addition to snipers. Tel Salba is considered a strategic area due to its elevated position over the villages and towns of the northern Hama countryside.

Al-Modon’s sources said that Hezbollah was participating in the bombardments of opposition areas from its positions near the city of Mahardah, west of Hama.

An atmosphere of frustration and anger prevails in the towns and villages of the pro-regime Hama countryside, calling for the start of the battle to recapture Idleb, to end the opposition threat once and for all. Regime forces and National Defense units are protected from opposition bombardment by the residential structures, refugee and Red Crescent centers for civilians in the regime-controlled areas.